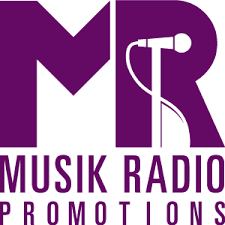 In an era when all traditional bets are off regarding the business of promoting and highlighting music, Musik and Film Records and Musik Radio Promotions stands as a leader in blazing a new, important trail. Their team brings an experienced hand to music promotion with over four decades in the music business, including a stint managing rock legends, but their chief distinguishing talent lies in seeing the lay of the land and recognizing a new dawn requires new approaches. Rather than simply marketing a band or musician’s songwriting to a few established platforms, the MAF team push music on a global scale, in 180 countries ,placing an artist’s work in foreign locales like South Korea, for instance, outstripping the limited reach of other movers who are content to promote a talent’s work to a few choice outlets and nothing more.

The proof comes in many ways, but Musik and Film Radio Promotions team’s résumé includes luminaries like hip-hop artist Rick Ross, pop legend Lionel Richie, and enormously popular songwriter/producer David Guetta, among many others. Such a storied listing of artists is a clear signal of the effect this arm of Musik and Film Promotions has on the fortune of any release. Artists aligning themselves with Musik and Film receive a classic full court press that, frankly, isn’t always forthcoming from a rapidly changing music scene.  The lay of the land has changed tremendously in the last ten years and the accelerating transformation of how music is marketed, purchased, and consumed demands promotional efforts fully abreast of those changes, savvy enough to market an artist’s work to appropriate outlets, and in tune with the artist’s own vision for his or her music Musik and Film Productions fits the bill.

Workmanlike approaches will not work. The aforementioned new lay of the land for musicians creates an opening for inspired professionals to support a musician’s art with cunning and industry know-how. As well, it is often said the cream will rise to the top, but any experienced observer of the art will likewise readily volunteer about the importance of dedication and discipline. Musik and Film and Musik Radio Promotions is a hard-working agency tirelessly pursuing the best possible deals for their talented clientele and, in these rapidly changing times, such focus is a boon for anyone attempting to find a foothold in the music world.

How one band struck gold

Forty plus years in the music world is a long time. Musik and Film and Musik Radio Promotions fields a talented team of music industry professions who are leaders in their respective specialties for many reasons, but their innate understanding of what drives musicians to create and perform distinguishes them from many counterparts. In a music world where few things are permanent, Musik and Film stands out as an indispensable resource for musicians of every stripe and style.

Here is what Musik and Films artists say: 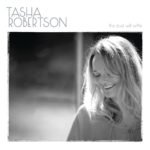 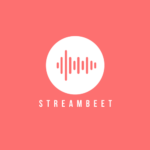 Using Flyers To Promote Your Music

Some Basic Ways To Promote Your Music

Grow Your Soundcloud Following With Grow With Us