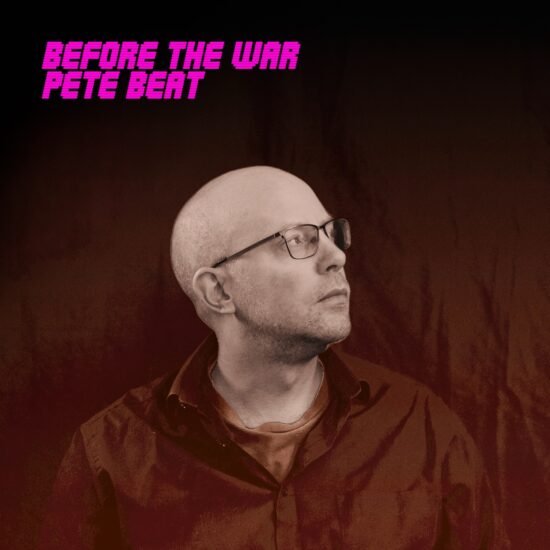 Pete Beat is an artist whose music is certainly eclectic. From his previous releases, he has featured genres ranging from folk, electronica, jazz to pop. When talking about his sound, Beat says, “Aiming for a specific genre doesn’t appeal to me. I’ll always go for what interests me at the time. I think in the earlier days, there was a benefit in ‘just doing it’ to build your skills, but after writing and recording 400 or so songs over the last ten years, now I know to wait for inspiration before sitting down to work.” However, when performing live, he prefers to strip things and performs with just his guitar.

Beat has been working away on a new collection of songs. Learning from previous releases he has refined his songwriting and production skills. Its result is his new album Before the War. When talking about his latest release, he says, “Into a world increasingly mirroring the 1930s comes an album partly inspired by the British dance band sound of that era but updated for the modern age with electronic production and funky beats. In our current age, social media algorithms polarise the population. Dodgy foreign billions pay for election results which benefit the rich and powerful using Facebook ads. Society becomes increasingly unequal. People look for someone to blame, and flawed saviours are only too keen to offer solutions. But this isn’t a political album. Even in turbulent times, we still think about love and life, mental illness, and spending the lockdown summer of 2020 drinking lager in the back yard”.

Beat has his own sound that he is not afraid to share.

As mentioned earlier, Beat has his own sound that he is not afraid to share. Whereas some artists will stick to a cookie-cutter style, here is an artist who lets his art mould itself naturally. For example, its opening track, “Drinking Lager”, has a fun feel to it. He blends subtle electronic beats with his humorous lyrics that paint a scene of enjoying a day in the sun. While “Someone, Somewhere” offers more of an electronic groove and “She Doesn’t Reply” delivers a laid back vibe by his Ukulele.

Like his music, Beat’s vocals have a distinctive style too. It adds character to his stories, especially in the delivery of some of his quirky lyrics. But it is when he shows off his softer side that his voice stands out. “Concert with a Fool” is a perfect example of this. There is something about the delivery and range during “If I Live Forever”. Not only does the repeated line “I’ll be there for you” sound great but so does lines such as “If I live forever, and ever, and ever / I’ll be there when the sun burns the skies.”

Watch the lyric video for “Before the War” below

Personally, what I think makes the music of Pete Beat stand out the most, is his lyrical talents. Not only does he add humour within his stories, but there are some thought-provoking moments too. It helps to give the album a good balance. “Before the War” highlights this underneath its fun retro sound (due to the use of brass instruments, keys, and bells). However, it has a serious message hidden within. Another outstanding example of his way with words is the track “Homesick Night”. He uses this ability to paint various scenes as showcased in the opening lines, “It’s getting dark / And this night has nothing for you / No love, no friends / The rain never ends”. As much as the song talks about being alone, it ends with a message of hope “No do not despair / It may be just around the corner / One day you’ll have found / Your feet on the ground.”

Of the array and stories and sounds on offer, it is “Last of The Ravers” that stands tall the most. It opens up with some infectious electronic beats, which have an 80’s vibe to them. Beat offers an ode to the ageing ravers generation with his usual spin of humour. He starts his tale with the superb lines, “Now I am not William Shakespeare / But these words are my own / Maybe I’m cutting some shapes here / I’m not made of stone”. As the song continues and the beats are flowing, he sneaks in some impressive work with his electric guitar. It adds more of a fun tone to great lyrics such as “Now I can not walk away / To no other these lips / In fact this music’s so funky / I’ve worn out my hips.”

It marches to its own beat and brings a smile to the listeners face, that must be the music by Pete Beat

Before the War delivers something different to what the world of musical generally offers. For some, this would stop people from listening, but it should not. There are some impressive songwriting talents showcased within this album. Pete Beat is great storytelling whose collection of songs that is worth your listening time. 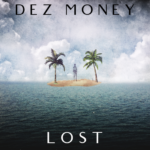 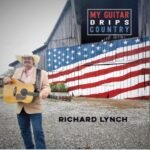