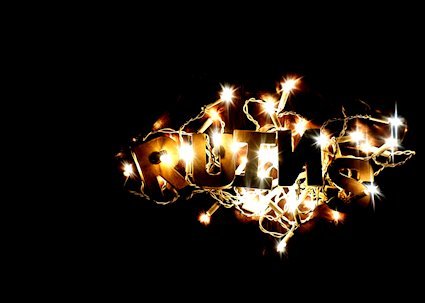 Liverpool-based musical group Ruins has just released their debut album, titled Sample Size. They recorded their eight track album at Crosstown Studios and it is definitely a success. Ruins will leave you transfixed under their musical spell from start to finish, and as a fan, I can say that I hope this is the first of many albums for this up and coming band.

The duo is comprised of vocalist and drummer Lloyd Rock and Nik Kavanagh on bass and synth. The velvety falsetto that is the vocal sound of Rock enchants listeners and leaves you wanting more. Throughout the tracks, Ruins takes you on a melodic journey of love, longing, and heartache.

Their sound, while influenced by iconic bands such as The Cure and The Cranberries, is a unique musical creation, combining pop ballads with classic rock. The vocals are soft and high, which, when combined with the instruments, string together a beautiful story that is instantly relatable to listeners.

Their music is the kind that you could dance to with excited energy or lean back and get lost in the magical fusion that they have created. This album takes the best of pop and rock, using guitar, the beat of a drum, and electronic sounds throughout. While the instruments are very present throughout, they do not take away from the clean, stirring vocal performance that Rock delivers to the audience.

From “Graceless” to “Misery Vaults,” Ruins instills a unique line between speaking out against things and acceptance and defines the line between the two. While some of the songs, such as “No Tiggy Butcher,” come from a more intense place, with a slightly harsher sound, there is still an underlying uplifting energy that is ever present. 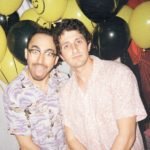 Fall in Love with Courtship's 'Tell Me Tell Me' Previous
Jon Magnusson Blends a New Sound and Old Style with Lyrically... Next 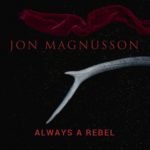