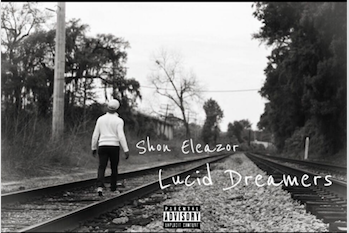 Shon Eleazor might just be the hottest rap artist in Tallahassee right now. He just released his new album Lucid Dreamers this week and it’s definitely a step in the right direction. Still young, he’s got plenty of time to develop and perfect his craft. But as of right now, the man’s spittin’ heat.

He flows like a gust of wind and carries us on our own journey through each track. Lyrically, each line is thought-provoking and engaging. Stylistically, there’s no telling what you’re gonna get. He’ll jump from one style to the next in the blink of an eye, but you’ll probably be too wrapped up in his wordplay to notice.

As the the tape continues, we get deeper and deeper into his artistic mind, and you can’t help but like what you see.

From the Prelude to the outro, he makes it very clear:

All things considered, Lucid Dreamers, is a 12-song display of tactful wordplay and skill. Usually, the beats behind him are airy and almost psychedelic. He leans on producers like Ray Benton and Yonder to mix his vocals to a crisp, and lets the music take us for a ride.  Songs like “Live Free” are a perfect example:

It’s more than just music for him — it’s an art.

Shon Eleazor makes the kind of music that makes you question why he hasn’t popped up on your apple music playlist. It’s so soulful. It’s so authentic. It’s so amazing. His best work is reminiscent of legendary hip-hop artists like J. Cole and Kendrick Lamar. But at times, he forges a crown of is own within his underground sound.

You can hear a not-so-latent determination in his voice and that’s exactly what we’ve been missing lately. This is his art. This is his craft. This is his passion. And he’s on the right track.

Want to see more of Shon Eleazor? Check him out at: 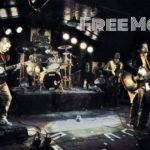 Free Man Takes Us Back To A Better Time Previous
ALASKALASKA Release Singles "Bitter Winter" and "Familiar... Next 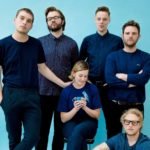