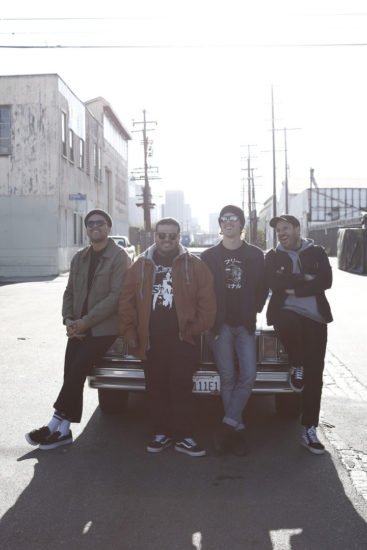 The “LA Crunch Rock” band Slowtrip has been working on some new music lately and the result was the release their new album, Blur, on May 18. The album’s first single “Follow,” is a highly confessional song about vocalist/guitarist John Alaimo’s feelings on church. The song struggles with isolation and the idea of faith, while packing a punch musically.

Slowtrip is unique in their style because they combine grunge and metal techniques with shoegaze to create their own sound. In “Follow,” you can hear these different elements coming together as one.

The lyrics are revealing and emotional, like many grunge lyrics, although the vocals don’t really follow the shouting that usually accompanies grunge. The vocals are softer and spoken with pitch rather than sung. The guitar is heavily distorted and reverberated, following the shoegaze format. The bass and “crunching” guitar tactics make for a fuller sound in the song, characteristics of metal.

All of these put together are used to create the original sound that Slowtrip describes as “crunch rock.”

Slowtrip Reveals Their Feelings About Religion

I find it very interesting when bands and artists speak out against such monumental forces as religion, especially Christianity. Despite being a heavily controversial topic, Alaimo speaks out about his experiences with religion in “Follow.”

“‘Follow’ was the most recent song we wrote and it is again inspired by things that happened to me during childhood,” said Alaimo. “I grew up going to Christian church and I never felt like I belonged or was accepted. I was constantly judged and even back then I could tell that church was not a place I wanted to be.

“The older I get, the stronger my feelings are against the idea of church as a whole. It is a non-tax-paying business and despite the fact religion helps bring hope to millions of people, the church is diminishing its remaining credibility. When it comes down to it, you should follow whatever it is that makes you happy and makes you the best human you can be.”

No matter what you believe, Slowtrip’s music and the emotion behind it make the band a force to be reckoned with. Hopefully, their new album, Blur, will be filled with similar power. 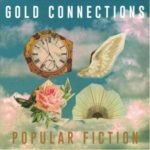 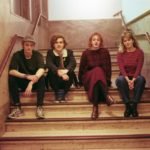 The Sea At Midnight Watches The Waves on ‘Oceans’