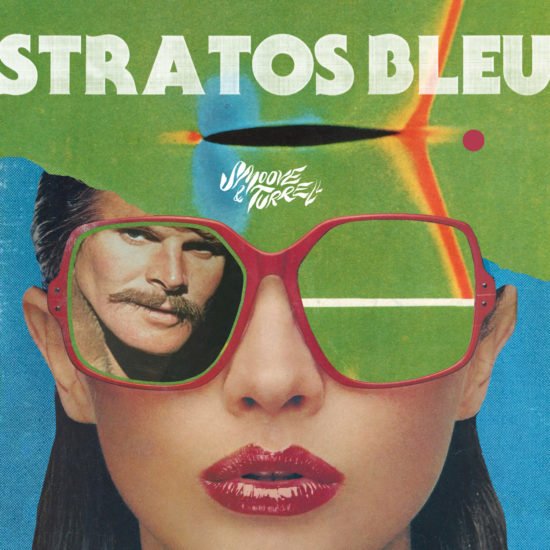 Smoove and Turrell are back with their new album Stratos Bleu. Since their debut release (Antique Soul, 2009) they have carved themselves the reputation of a hard-working band bringing their own mixture of soul and funk. However, this time they want to offer something a little different to what fans have come to expect.

Stratos Bleu is a nod of respect to the music which the guys grew up with, combining it with the trademark Smoove and Turrell sound. These include a time where their infamous DJ sets used to fuse Northern Soul with funk and electronica. Essentially, it is an album to make you hit the dancefloor!

Even though this is their 6th album and a slight change in line-up, the winning core is still there. First, John Turell is bringing his ever-impressive soulful vocals, then comes Smoove’s production and bongo skills. Let’s not forget the animatic madman on the keys Mike Porter, who brings some collection of analogue synths to help bring this new vibe. With this release, the band is made up by the talented Lloyd Wright (guitar), Neil Harland (bass), Oscar Cassidy (drums) and Graham Hardy (trumpet).

There is no denying the infectious energy which Stratos Bleu has to offer. When these guys hit their groove, they are hard to resist. A great example of this is the opening track “Do It”. This quality oozes from its opening beats. It grows further with Turrell vocals coming in with the song’s hooky opening lines “Let’s do it / Let’s do it, do it”. It brings a funky tone along with the band who add a bit of swagger.

The rest of the songs deliver an irresistible energy thanks to their electro soul-funk machine. They do offer an array of grooves and all sound as good as the next. There is no weak moment within this album. However, choosing a favourite will change with each listen as you will discover something new.

Some will steer towards the likes of “Never Wanted You More” which draws the listener in thanks to some alluring work by Porter on the keys. It never hits the high tempo as the others. Instead, it chooses to offer a sexy, soulful groove. Turrell’s emotive vocals come in to support the track but, it is the rest of the band who steals this show. The beats are hypnotic, and the electronic elements sound so good. None more than when they support the song’s hook “I never wanted you more”.

As much as Stratos Bleu is about the energy it pumps out, there are a few slower moments. One being “Talk About Nothing” which offers the softer side to the band. It also allows Turrell to let his vocal talents fly. Not only that but also highlight the band’s depth in the lyrics. It is done so with the opening lines “Apathetic feels electric when your feelings are totally skewed / When the colours of your life turn a dark and terrible blue / The fear, the anger, the pain is just an interlude / Where you’ve been living in the dark you need a spark to see you through”.

Smoove and Turrell are bringing the party with ‘Stratos Bleu’

When listening to the lyrics, you will notice that it has a message. It is of support when you feel alone during tough times, displayed within the chorus “When all is lost, I’ll be your friend / We all feel it like you do, it’s not the end / When all is lost, I’m by your side / We can talk about nothing, you decide”. The emotional tone to Turrell’s vocals are compelling and feels personal to him. It is yet another moment which highlights that Smoove and Turrell are not afraid to get real with the contents of their songs.

Stratos Bleu oozes positivity with happy vibes. It offers something new to fans but also the perfect doorway into the music of Smoove and Turrell. All you need to do now is grab a copy of this album, press play and TURN IT UP! 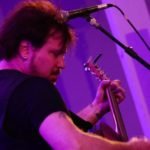 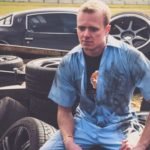