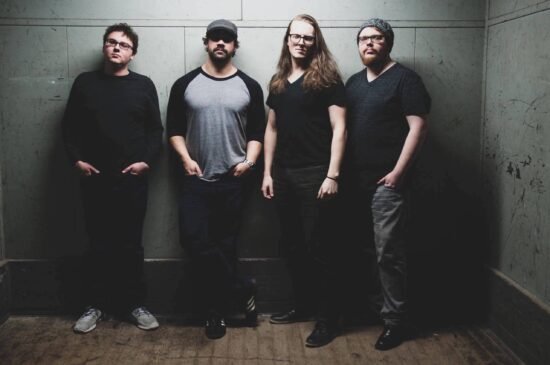 For any band to really last there has to be a chemistry between the musicians. This is even more prominent in the jazz-fusion genres where improvisation and experimentation take hold. It seems that our latest find SPHERICAL AGENDA has a great grasp on this musical chemistry and has new music coming to show it off.

Hailing from Cincinnati, Ohio, the 4-piece band is made up of Matt Wiles on bass, Brandon Coleman on guitar, Ben Tweedt on keyboards and Devon Leigh on drums. Together as SPHERICAL AGENDA they combine their amazing musical talents to produce a jazz-rock fusion sound that mesmerizes listeners.

Their latest single “Coleman’s Question” brings this to new heights. Armed with some South American styles and rhythms, SPHERICAL AGENDA puts it all together for an energetic journey into sound. The talent of the musicians jumps from the speakers as the music shifts and jumps all over the spectrum. A solid energy-laden groove is constant through the assortment of melodies. This is a track that will lead your mind all over the place as you sit there and soak it all in.

We had the chance to chat with the band to get a little deeper into their musical world. Enjoy the interview:

First off, tell us about the name SPHERICAL AGENDA?

It is something that (guitarist) Brandon,  (drummer) Devon, and myself came up with on a car ride home from an out-of-town gig a few years back.  We had recently started working some music out as a trio, and had just played one of our first shows as a group.  I’m not sure how the topic came up, but it was a term we cultivated to be the opposite of flat earth theory.  It had a fun ring to it, so we decided right there to use it as a name for the project.  Or, I suppose if you want to look at it from a “deeper” point of view, it could be a metaphor of how some people’s attitudes towards music (of any genre) can be very closed minded and anti-experimental despite so many factions of the musical world constantly growing and evolving.  A musical form of “flat earth theory”, if you will, while artists looking who look ahead push the agenda that musical world is, indeed, round.  But given the risk of sounding pretentious, I often times go with my previous explanation!

How would you describe the unique sound you are creating?

We strive to honor the jazz-fusion lineage, drawing influence from bands like Weather Report, Return to Forever, Tribal Tech, etc., while also blending it with styles of other progressive music styles that typically aren’t associated with the “fusion” vein.  That includes artists and bands such as Frank Zappa, Steve Vai, Emerson, Lake, & Palmer, and King Crimson, just to name a few.  These genres have so much in common, yet are rarely mixed together.  We want to encompass all of those things while still having a unified voice as a band.

With such a jam heavy style, how have you been able to come together as a well polished band relatively quickly?

There are a few important factors there.  First, I have a lot of playing history with Brandon and Devon, albeit separately.  I’ve been in bands with Brandon since he moved to Cincinnati in 2013, and I’ve played with Devon in a few bands and a lot of freelance work around town.  (Keyboardist) Ben moved here a few years after I started doing a lot of work with the other guys.  We all have a lot of things in common, musically speaking, so everything has been falling in to place somewhat naturally since we expanded our trio to include Ben in 2017.  And despite the COVID crisis turning the world upside down for over a year, we were fortunate enough to be able to use that time to really refine a lot of the things that are heard in the recent singles and soon-to-be-released album.  We’ve been playing the album music for a few years, so we took the forced time off to really get in to the weeds about how we wanted to record and present the music.

The song was written by Ben, and was actually pretty close to its final form when he brought it in for us to start working on.  Beyond that, we’ve eventually settled in to a vibe with it as a band from playing it live for a years.  We then got in to the weeds a bit more during our studio sessions last year in terms of how we wanted certain sections to build.  We also suspected that the song might lend itself to featuring auxiliary percussion, so we sent it over to drum and percussion wizard Walfredo Reyes Jr.  Wally has such an all-encompassing knowledge and love for music and performance, so he had a lot of fun laying down all kinds of percussion layers that really make the song.  We are absolutely thrilled with the polish that his performance has added.

What is next on the journey for SPHERICAL AGENDA?

Our debut full-length album drops on November 19.  The release show will also be available for live stream on 11/19 at 8pm EST at radioartifact.com.  I’m currently working out some regional performances for April of 2022.  We’ve also already started workshopping and rehearsing new material, so we plan to track that next year as well.

Keep up with SPHERICAL AGENDA on social media: 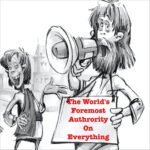 Bill Abernathy Is The "World's Foremost Authority on... Previous
Hasten Mercy Drops "These Things" Next 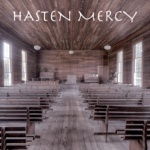