There are plenty of quality bands out there that are very capable of creating catchy songs. The harder part is crafting songs that actually have a story and a meaning behind them. Our friends from Sugar Lime Blue have found a way to combine both. Their recent music video for “Burn It” shows this off perfectly.

The Nashville, Tennessee based band has been doing it for quite a while. Over the last decade Sugar Lime Blue has played nearly a thousand shows building up quite the rabid fanbase. Their unique Americana-Jam band style sets them up as a truly memorable act.

We already had some great things to say about the upcoming The Blackbird Sessions EP HERE. The lead single “Burn It” has been released with an accompanying music video.

The October 1st release of the single has already grabbed some attention. The guitar groove kicks in right away. The jam band undertones drift in and show off some real talent in the solos. The message of the song is told with some older stock movie footage paired with Sugar Lime Blue band members Ashley and Dave acting out an interesting scene. The extortion of the poor and struggling will always be done by the rich and powerful. The images paired with the smooth melody and sultry vocals will draw you in deep.

Let this be your introduction to what real music with a message can be.

Keep up with more from Sugar Lime Blue 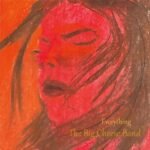 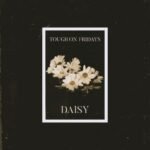 Miguel Kertsman Welcomes us ‘In The Moment’