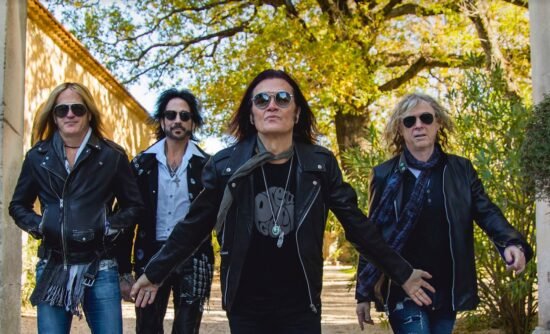 The Dead Daisies are really hitting their stride this spring, and it doesn’t take much more than a single look at their new video for “Chosen and Justified” to understand what I’m talking about. If you haven’t already been keeping up with this supergroup, you’ve been missing a lot of searing tonal action out of their studio sessions, with “Chosen and Justified” perhaps serving as the most pronounced demonstration of their talents thus far. A centerpiece of the LP Holy Ground, this is a track that metalheads and hard rockers need to go out of their way to check out right now.

First off, there’s not much room for debating whether or not these are some of the heaviest riffs The Dead Daisies have worked into a song thus far, and if you’ve heard their other material, you know this isn’t a small statement for me to make. The guitars are lumbering out of the darkness with a masculine punch mostly unrivaled by anything on the mainstream end of this genre right now, and yet I don’t think the sonic output here is enough to deem the son a straight-up throwback to classic rock. It’s too enhanced by high-definition mixing for this to be the case, and moreover, none of its bones are recycled from some source other than the players in the studio.

This lead vocal takes a backseat to the swing of the instruments when it’s necessary, and I think the liberal placement of the drums between the verses and the virtuosic sting of the riffing was necessary to advance the mood beyond the realm of poetic suggestion. There’s something emotional born out of the grind between the different components in the harmony here that can’t be summarized using lyrics exclusively, and you feel it whether listening to “Chosen and Justified” at a low or high volume.

These grooves definitely represent a rejection of rigidity in the best possible sense, but scarcely do they veer so far off a straight path in the arrangement as to make the melodies or the words they’re supporting sound shapeless. There’s still a foundational quality to the beat in this song that is inescapable, even when the band is really having their way with the overwhelming overdrive on the backend here, and that’s part of the reason why I think “Chosen and Justified” will play well with diehard rock fans and casual listeners the same.

You can’t be a real rocker and hate what the members of this band have individually contributed to the history of the genre overall, and more importantly, I don’t think you can dismiss what they’re doing together in a performance like this one. There are no signs of slowing down in this group’s sound, and from what I gather out of the structural integrities of their latest release and its music video alone, they’re not going to stop evolving alongside the material they’re producing for anything in the world. The Dead Daisies are as hard-charging as it gets, and that’s obvious in “Chosen and Justified.” 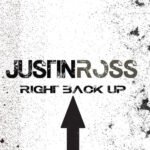 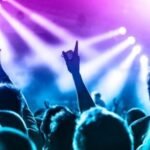