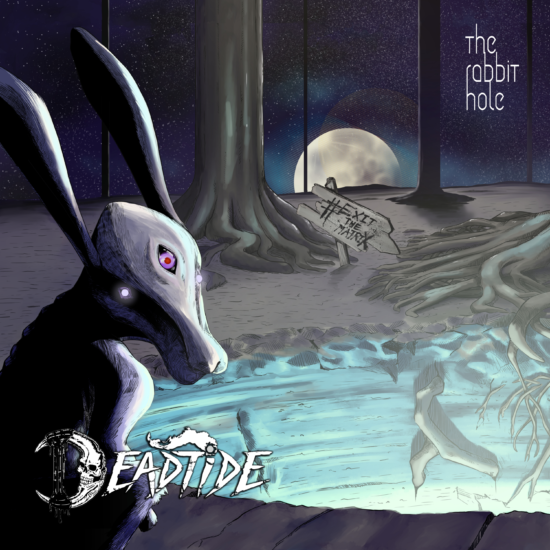 It’s time to fall down The Rabbit Hole with the debut album from Deadtide!

Vocalist Mike and guitarist Phil met in college back in 2006. They started playing together and uploading YouTube videos that paved the way for the birth of Deadtide.

The guys have been rocking the metal world in various bands throughout the years and have had the honor of performing with the likes of Soilwork, Fear Factory, Unearth, and more.

The Rabbit Hole is Deadtide’s debut full-length album and takes listeners on a modernized death/metalcore adventure.

“Deadtide hungers for something more; roots that reach deep into the heart of the best of melodic death metal, breaking through the soil with the additions of other subgenres’ sounds, with a goal to blossom into something new for metal, and for music in general. Ripe with ideas ranging from the simple-creative, to the grandiose and spectacular, Deadtide yearns to do great things, simultaneously infecting audiences with feelings they’ll never forget”, says Deadtide.

Listen to The Rabbit Hole Here:

I’ve been a fan of metalcore since high school so I was excited to get the opportunity to review this album. Upon first listen I was instantly hooked to the pounding rhythms, thunderous double-bass, soaring harmonies, atmospheric and horror-style synthesizers, and vast-ranged vocals that make Deadtide unique.

For anyone familiar with the 2011 video game Alice: Madness Returns, a horror action-adventure game inspired by Lewis Carroll’s Alice’s Adventures in Wonderland, I feel like this would be a perfect soundtrack to listen to while playing.

While every song on The Rabbit Hole is dark, explosive, and just all around great in my opinion, I think my favorites are the title track “The Rabbit Hole”, “Finish The Nightmare”, and “Begin the Dream.”

The fact that The Rabbit Hole is such a strong debut, I’m highly anticipating more from them. If you’re a fan of death/metalcore, you have got to give Deadtide a listen!

Mercury Messiah Light The Way With 'Sunlight Surfing' Previous
Séline Delcourt Shares the 'Lights' of The 'Morning... Next 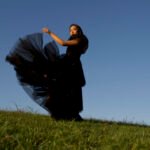