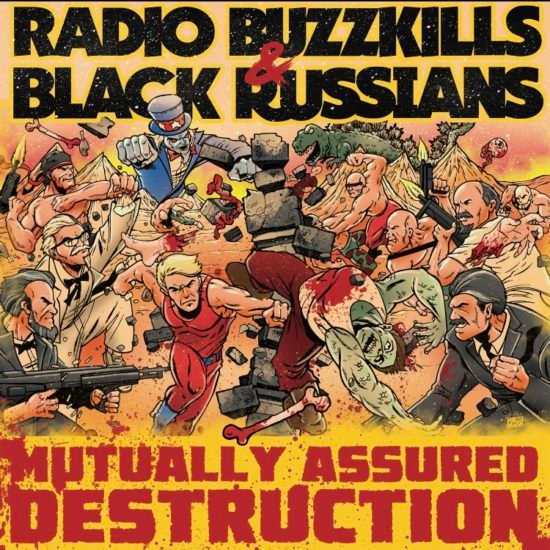 The rivalry between American democracy and Russian communism is a tale as old as time. The Cold War swept fear across the nation, but brought each side closer to each other than ever before. The Radio Buzzkills, a pop punk band serving a heavy 90’s vibe, have used this infamous time of tension as inspiration for their latest release. Mutually Assured Destruction is a split with Black Russians that plays on the historic moment in time. Taking the battle between sides into their own hands, The Radio Buzzkills have decided that making this split could settle the Cold War once and for all.

Mutually Assured Destruction starts with The Radio Buzzkills, being the tried and true patriots that they are. Serving the American side of this story, the first two songs of the EP cover the American victories. The first song on the EP, “You’re My Chernobyl” speaks of the fall of the Berlin Wall in the name of love. The track beams with 90’s pop-punk influence, from the raw vocal stylings of vocalist, Zac Buzzkill, to the complimentary female supporting vocals of Jen, the entire band oozes with everything you know and love of 90’s punk music. “Can’t Stop The Western Block” recalls the 1980’s miracle on ice, and my only complaint of this track is that there isn’t more of it. With slashing guitar riffs that cut like a knife, this track combines the 90’s pop-punk elements we expect from The Radio Buzzkills with an 80’s hair metal mix.

The remainder of the split comes from the opposing side, the Black Russians. Surrounded by mystery, there’s not much information out there about this act but the rumor mills have entertained the thought of The Radio Buzzkills actually taking play on both sides of this split. Claiming to be Soviet era holdout’s from Russia, Black Russians represent the pro-Soviet agenda. Their songs on Mutually Assured Destruction carry much more edge than the first two tracks. “We’d Have A Riot Doing Krokodil” and “Aint’ Putin Up With You” are fast, thrashing songs that carry the ability to make any Patriot bang their head. “Communist Party” is a call to action for all Soviets and makes communism seem like a true party.

Mutually Assured Destruction is a fun take on one of the most infamous periods of tension between The United States and Russia. Each song will leave you excited and ready to celebrate your side of the fight. The Radio Buzzkills and Black Russians have created a dynamic and tantalizing split here, and it shows that the momentum is only started for these acts. You can find The Radio Buzzkills on Facebook, Instagram, and Bandcamp. If you’re lucky you’ll here more from our mysterious Soviet friends in Black Russians. 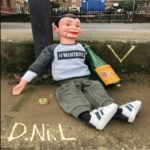