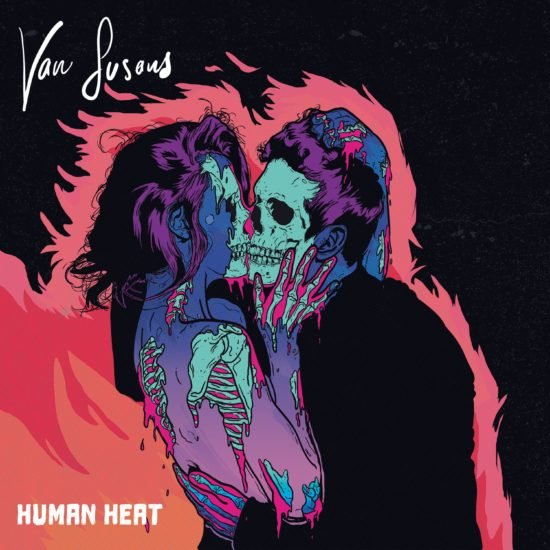 When Van Susans released “Crossroads” earlier in the year, it was the beginning of a new chapter for the band. Olly Andrews (vocals, acoustic guitar), Ed Dullaway (piano, guitar), Monica Viñoly (violin), Dean Gibb (drums), and Harvey Simpson (bass) deliver a more mature sound along with an impressive storytelling quality. It was a sign of things to come as it was to become the first single from their upcoming album Human Heat.

The band have described the new collection as being “inspired by global warming and the effects that we are having on our planet, whilst embellishing the themes of love and connection. The band acknowledge that they have taken a more mature and perhaps darker side with Human Heat, seeking to reach new heights of engagement”.

Human Heat is now completed and has been set free into the world. From its opening track “Slave”, their sound has more focus and drive compared to their previous releases. As it begins, it draws in the listener with the mesmerising use of the guitar. It sets the stage for Andrews to share his tale. It starts with “You try your very best to conceal your sins / Cos everybody lies, yer we cheat to win”. As the song continues, the band demonstrate how they blend to create a captivating soundtrack.

The depth of their sound and writing talents flow into the following track “Crossroads”. Not only does it show off their arrangement to create compelling music, but also how they can create an unforgettable hook. It is enforced with the lines “I want it all, and I get I want / I’ll even to sell my soul at the crossroads / Made a deal with the devil / and he’s holding his own / Not long now until I must go”.

As the album continues, it is hard not to get drawn in by the soundtrack that Human Heat has to offer. Van Susans have certainly created something personal to them. Its honesty oozes throughout each track. A great example of how far they have come since their Live Forever EP in is “Hundreds & Thousands”. Hands down, this is one of the best songs they have created. They describe it as “it seemed like the end of the world was hundreds and thousands of years away. But now it feels much, much closer, what with the Amazon being on fire, the ice caps melting. The world is in crisis”.

It begins with a hypnotic sound of the acoustic guitar. The tale then opens up with “Hundreds and thousands of years from now / When everyone is gone but you and me / The sun expands the sea will rise / Outside it’s hit a million degrees”. As the second verse comes in, Gibb joins in with drums along with the beautiful use of the violin by Viñoly. It all comes together to create this special moment from the album.

Van Susans have created a collection of stories which offer something different to the next. But, it is all delivered with a captivating quality. Especially with the emotive tone by Andrews as “Shipwrecked” demonstrates. He uses this talent to bring each track to life.

Van Susans have saved their best to close the album. “Life and Other Things” symbolises how far this band have grown by creating their best song to date. It is a musical journey that feels like it should go on longer. Even though it lasts just short of 7 minutes.

It begins with the beautiful use of the piano by Dullaway that grabs the listeners attention. Then the tale begins “Just like the movies / I wanted you badly / Wanted to take you / Right there and then”. The mood soon switches to reflect the lyrics about the end of a relationship. Andrews mirrors the tone with his emotive vocals, this is supported by Viñoly on violin. After the story (and relationship) is over, Dullaway steals the spotlight with his piano skills. He moves across the keys by producing an emotive moment and tops off an already flawless track.

Van Susans have raised their game on their new album ‘Human Heat’. The end result is a must-hear collection of songs.

Van Susans should be proud of what they have created with their new album. It didn’t just meet the expectations Human Heat exceeds them. The depth of their songwriting has taken their music to a new level. Here is a collection of stories that is essential listening and deserves the praise it will receive. 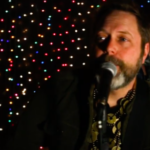