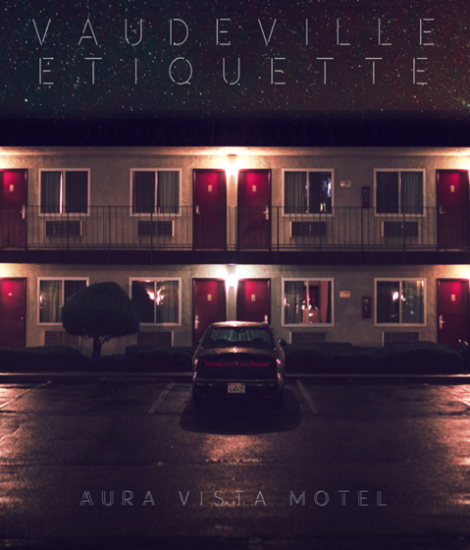 Vaudeville Etiquette says that in their sophomore album, Aura Vista Motel, “each song plays like a guest in a different room; separate but united by our wayfaring desires and sordid expectations.” This sentiment becomes more pronounced as each song unravels in a story that is sung and strung together by moods of heartbreak, love, travel, and exploration.

For someone who is a true classic rock lover, I spent the majority of my childhood listening to Faith Hill, and other female country artists of the ’90s; which is why Vaudeville Etiquette’s Aura Vista Motel really struck a chord with me and my musical palate.

“Crosseyed Crazy” is chock full of bluegrass sounds and stupendous harmonies. With a brilliant synchronicity of vocals and a washboard percussion sound, “Crosseyed Crazy” pushes indie folk rock right into the fields of country. Right off the top, Tayler Lynn’s vocals are vibrant and incredible, featuring a wide range of vocal expertise.

“Aura Vista” is the perfect duet, sinking me right into the type music I was listening to as a preteen. With chilling harmonies evoking goosebumps, Tayler Lynn’s voice is a definite contender for the next great female country singer.

“Damn Lovely” showcases Vaudeville Etiquette’s classic rock style. With Jefferson Airplane darkness and a spaced out rhythm, “Damn Lovely” absorbs a lounge-like ambiance. Choir harmonies break out to “start our revolution” and Tayler’s vocals soar in an unleashing of emotion.

“Damn Lovely is an “old-fashioned love song,” which is a great way of describing Aura Vista Motel as a whole, and is the pinpoint to where classic rock meets country.

“Bridges” unfolds with a tambourine “beating on the train” as the backbeat to Bradley Laina’s solid, open, and soulful sounds. With moaning bluesy riffs from Matt Teske’s pedal steel and a harmonica harmonizing at the end of the song, “Bridges” builds upon the riding the rails essence of the album.

“Room 417” also builds on this industrial revolution as a train rolls into the station and an old-fashioned radio tunes in with static music. “Room 417” is a short intro of sound to roll “off the edge” and lead the listener to the “Tipping Point.”

“Tipping Point” brings out some different qualities of music, introducing a ’90s alternative and grungy beat from Bryce Gourley’s gypsy drumming. Still, Vaudeville Etiquette makes sure their listener does not forget the roots to rock. The middle of “Tipping Point” is a jam of psychedelic sounds from the ’70s, and towards the end of the song an acoustic portion of chanting vocals marches the song forward.

“Set it on Fire” wails like a Bonnie and Clyde story of on the road fugitives, telling a tale and creating a new character “like a guest in a different room.” Cymbals bounce into jungle beats in a funky, groovy underlay as the strong vocals and whining eeriness of Robin Croen’s bass explode into romantic haunting.

“Helpless Heart” is a sorrowful song with piercing, heat-pulling lyrics and vocals and “Empty Hands” evokes the same mood. Scrolling a storyline of heartbreak, “we learn how to hold our cold and empty hands.” With a slower tempo and break-up song melody, Tayler and Bradley’s vocals create a wonderful absorbing feeling over the tingling cymbals and comforting sound of the drum brushing.

Aura Vista Motel opens its doors not only to the different personas of the songs, but also welcomes the listener to Vaudeville Etiquette’s aura; the encapsulation of excitement and curiosity mixed with fear, sorrow and happiness.

I have the habit of gravitating to music with sounds of a railroad pathway, almost as if I have had a past-life traveling with a bandana sack on a wooden stick over my shoulder. Somehow, I think that with this explosive and eclectic experiment, Vaudeville Etiquette may be fellow travelers of the same past-lifetime.

And it sure does feel good to have met up again. 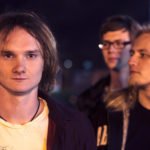 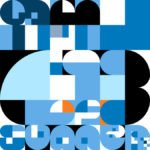