Across The Board Are Ready To Make A ‘Sonic Boom’ 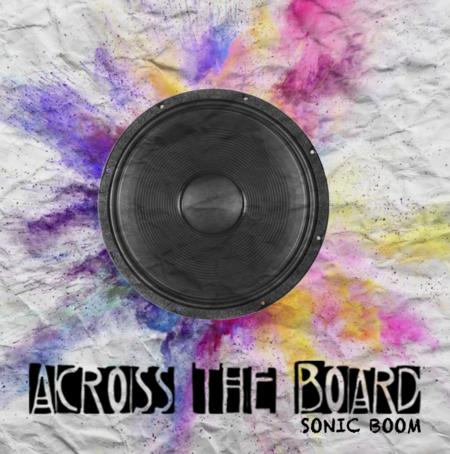 Any band that has been trying to make it in this wild music industry knows that it takes a tremendous amount of hard work and determination to make progress. We recently discovered Across The Board who definitely have the correct work ethic in place. The Canadian rock band has been putting in the time touring across Canada and getting their sound in front of as many new fans as possible.

On May 4th, Across The Board will release their new record Sonic Boom. The 8 track album is chock full of catchy pop rock songs that will grab the listener. Even more rare for a pop-rock record, Sonic Boom is a concept album that tells a full story. A genuine Rock Opera. Right from the opener “Two Step” you will find yourself feeling the infectious energy.

The title track “Sonic Boom” slows it down a little allowing the elegant voice of Jacqueline Auguste to shine through. Across The Board reaches past the rock energy and deep into your soul with this one. The emotion continues on “No Curtain Call” with a heart-wrenching acoustic rendition that puts the listener right there within the artist’s heart.

The rock journey continues with a romance in “I’ve Already Fallen For You” and shady business deals in “It Shouldn’t Be This Hard.” The closer “Back To The Tracks” ties it all together as the band shares their love and hope for their native Canada on the song written while on a cross-country train ride.

We caught up with the band to get a little deeper into their personal story. Enjoy the interview below:

First off, where did the name Across The Board come from?

Across The Board came from the origins of the band–we started as a band of multi-instrumentalists doing Youtube collaborations with musicians of all ages from 12 to 67! When we decided to start writing our own music and break out of the internet box, we chose Across The Board as our name based on the history of collaborations, multiple genres we were merging together (pop rock roots) and our vision of music as open to artists of any age from any background and genre–coming together to create something brand new.

We have a mix of pop rock, with a rootsy vibe, that could be called Americana–or alt pop rock, depending on the song — on our new album, SONIC BOOM, the song “Back To The Tracks” is a country rock tune, whereas the title track SONIC BOOM, is more a 90s alt-rock vibe.

Which bands have had the biggest influence on Across The Board?

Our influences are varied and range from Broken Social Scene and Garbage to Walk Off The Earth, Evanescence, The Cranberries, and Fleetwood Mac.

What do you hope for listeners to get out of your music?

This album “Sonic Boom” describes the breaking of a band and the sheer determination and hard work it takes to succeed at any heartfelt endeavor. We hope listeners are inspired to pursue their own creative dreams, at any age, and at any stage in their life, without limits!

Your new album Sonic Boom seems to have a real story within it. Tell us about it?

Sonic Boom is the story of a small town girl with a dream of bringing her music to the big city and all of the trials and tribulations along the way–from the excitement of entering the world of working musicians, to the reality of the negative influences in the music industry, through to heart aches and heart breaks–and finally to the realization that we create our music and art for ourselves first–be true to yourself, and write songs from that truth–and the rest will come in time.

What advice would you have for other bands working hard to build a fanbase?

Publish daily content! Write constantly, take your fans on the journey with you, stop worrying about what you look like or sound like on video–connect–whether in your PJs with a bad a hair day and no makeup, or a fully realized production–be yourself, be real, but be present!

What is on the horizon for Across The Board?

Keep up with news and more music on the band’s WEBSITE. 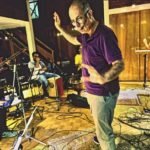 BANAFSH Exotic New Single “Soul Man of the East” Previous
The Orange Peels 'Trespassing' Carries Us to Far and... Next 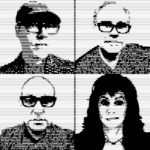