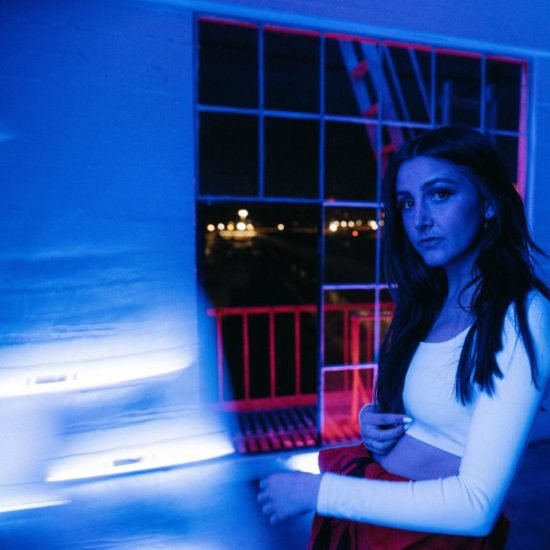 On a Tuesday morning in SoHo, in a quaint pastel coffee shop, onlookers would have seen what they thought would be early 20-year-olds discussing their plans for the day. However, what was perceived as nonchalant banter, was actually a young college graduate, hungry for change, discussing her packed plans for her bright artistic career with her first EP being released in just three days.

Fresh from opening for R&B legend Ginuwine, Caroline Grace is ready to free her inhibitions in her new artistic chapter with Afraid of the Dark.  Caroline exudes authenticity and appreciation as she greets others with warm words and a hug over a handshake. It is only fitting that her new EP reflects the vulnerability of the young artist and what she feels is a self-discovery not only in her music, but in who she is.

Each of the five tracks on Afraid of the Dark tell a different story that Caroline was hesitant to touch on in the past. “I didn’t even realize it, but when I first started writing music, I put a filter on myself,” said Grace, “I soon realized that my favorite artists wrote about everything, not just the sunshine and rainbows”. Grace credits her newfound vulnerability not only to graduating from the University of Southern California, but from growing up and becoming more comfortable with herself. It’s easy to tell that Grace is passionate about her new project. She gushes about every little detail and how she feels she is being her own authentic self, “even the visuals are different now, they’re more me”, said Grace.

Afraid in the Dark holds Grace’s rawest songs to date. She feels that none of the five tracks were particularly hard to write with the exception of Let You Go, which made her father tear up when she first played it. “He [Grace’s father] was almost like ‘why are you writing about this?’ because it wasn’t what I have written in the past, it was more real, it was me growing up.” However, Grace did initially find it difficult to make the decision to put tracks on the EP.   The last track that was put on the project and second single released was High, which also serves as a sneak peak to Grace’s next era. High is more heavily influenced by R&B sounds, and is perhaps Grace’s most self-realized song on “Afraid in the Dark”.

Caroline hopes that her fans, new and old, feel inspired after listening to Afraid in the Dark. Grace’s new project invites listeners to let themselves open up, be confident with who they are and harness their uniqueness. As a well educated young woman, Grace knows that her platform can be used for a change. The 22-year-old hopes to inspire fans to make a positive change in themselves and in the world. Inspired by past and modern icons like Sam Cooke and Emma Watson, Grace is determined to take advantage of her college degree and to bring a well educated voice to topical issues when she feels appropriate in the future.

“Whether it’s just people in the U.S. that know my music, or globally people know my music or just five people listen to my music, I want to make sure I’m pushing something that matters and is authentic to me and is going to benefit the world and not just my life.”

Grace hopes to tour with her new EP and to share her music with fans as well as introduce her sound to fresh ears. She is hoping to open for artists come Fall. Her debut EP Afraid of the Dark will be available on all streaming platforms on Friday, May 24th. 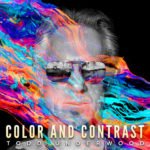 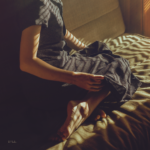