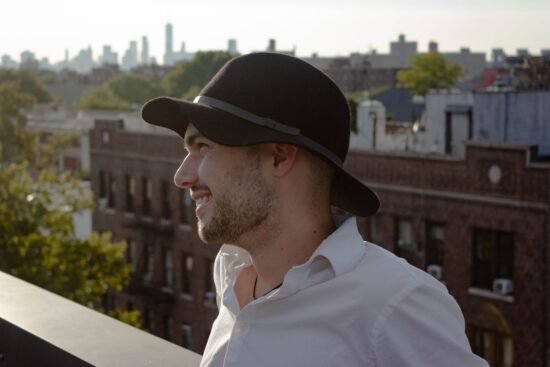 The power of music is undeniable. Some of us are fortunate enough to discover this power at an early age. Even fewer are able to harness this power and become a part of the music creating a career within it. Our recent discovery Chase Potter is one such success story. He continues this path with the release of his newest single “Foot On The Dash.”

Music found its way into Chase Potter’s world at an early age. At only 5 years old, he was already taken by the violin and the amazing sounds he could create. Soon after Chase started absorbing other instruments such as drums, guitar, saxophone, bass, and mandolin. This musical prowess enabled him to travel the world with the prestigious Columbus Youth Jazz Orchestra and earn a full-ride scholarship to the Berklee College Of Music.

Upon asking Chase Potter about what draws him to music he says “Honestly, the main force behind me creating original music is that I just love making music. I grew up in a musical family and have been writing and playing music pretty much my entire life. I’m very fortunate to have been raised in an environment where creativity and musical exploration was encouraged and nurtured. It’s something that has been an integral part of my being ever since I can remember. As a result of this, I tend to use music and songwriting as a means to make sense of the world.

I also personally think that music is one of the most universal and (for lack of a better term) “coolest” things that humans have done, and seeing what others do with it inspires me to want to be a part of that as well. The reason most of us who play music got into it in the first place is from watching or listening to others do it and thinking, “That’s so cool! I want to do that too!” I always try to keep that sense of awe and wonder when watching or listening because I think it makes one more susceptible to find inspiration within their own craft, even in places where you’d least expect it.

In 2016 Chase Potter relocated to New York City where he dove headfirst into the city’s vibrant music scene as a multi-instrumentalist. Opportunities were ample – perhaps most notably as a featured violin soloist with Wynton Marsalis at the Lincoln Center. Aside from these accompaniments, original music has been a big part of Chase’s development as well.

When asked to describe his sound, he says “As someone who dabbles on multiple instruments in multiple genres, I guess I would say that my “sound” is trying to do justice to whichever genre I happen to be playing, on whichever instrument that happens to be, while still bringing my own personal aesthetic to it to the appropriate degree. For “Foot On The Dash”, I drew from my love of late 60’s/early 70’s rock and added an Americana tinge to it. I grew up playing folk music with my family, so a lot of things I do allude to that tradition in one way or another.

Another aspect of my “sound” is trying to make music that I myself would enjoy listening to. I had a writing crisis in my early 20s because though I was an avid songwriter, I didn’t actually like most of my songs. I took a lot of time off from writing and decided that when it was time to start back up again, I would make sure I was writing things I actually wanted to listen to.

A string of single releases has shown this growth. The latest being “Foot On The Dash” released April 9th.

The sweet country-tinged sound welcomes listeners in with a relaxing tone. Couple that with the easy going vocal delivery of Chase Potter and we are all taken to a warm cozy place to sit back and enjoy. As the song builds the energy does as well. We can all relate to the drive needed to power through life sometimes.

When asked about the emotion of the song, Chase says “I hope that “Foot On The Dash” evokes the feeling of being on a long car ride in the desert in a 1970’s Chevy pickup while heading towards the setting sun.

I definitely had the stereotype of “1970’s road trip” in my head while writing this song, but also related it to a lot of long drives that I myself have endured in my various travels. I’ve done a fair amount of traveling in the last ten years and have had more than a few instances of being forced to stay awake and power through it, even though the feelings of absolute exhaustion were getting stronger with every passing minute.

Even if we aren’t driving a vehicle, many of us at some point in our lives become subject to being “forced to stay awake and power through it” in some capacity. Metaphorically speaking, we are the ones behind the wheel of our future, and sometimes we feel so exhausted from the length of the trip that we wish to slow it down, take our foot off the gas, kick back, and pray that nothing bad happens as a result of this. The feeling of always being the driver can be very exhausting, and I tried to play into that emotion with this song as well.

Chase Potter has achieved that relatability in my mind. His mission to be true and vigilant through the power of music has been achieved. We look forward to his promise of more music coming in the near future. Keep an eye and ear out on his WEBSITE and INSTAGRAM. 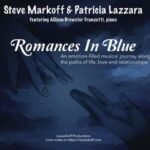 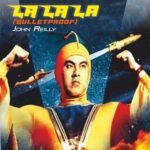