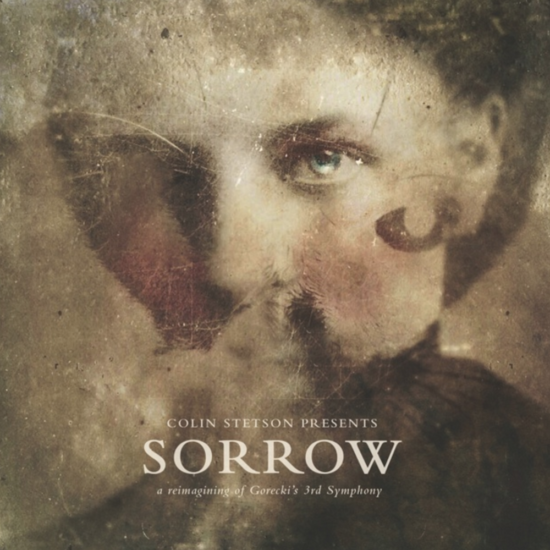 It is ironic that on the eve of Passover I sit down to write about Colin Stetson’s Sorrow. Sorrow is a reimagining of Gorecki’s 3rd symphony, so before I gave this tribute a listen, I did my homework.

Both symphonies, the original by Gorecki and the reimagining by Colin Stetson, are broken into three parts. The second section of Gorecki’s symphony uses words written by a Polish girl while in a cell of a concentration camp in World War II.

It is ironic that I have come to write this on the eve of Passover, because of the unfortunate suppression and ultimate freedom of not only the Jewish population, but of other cultures as well. And I got to thinking about how sometimes great tragedies can lead to great triumphs.

As Sorrow begins with a slow crescendo, a pending sound of a begging and vibrating bass saxophone builds over the sounds of a broom dragging across a dusty ground, echoing the sounds one would hear behind a closed door.

Part I radiates with cinematic undertones, the climatic and suspenseful scene in a dramatic movie. The bass saxophone drones like an organ, the base for the music to layer upon. The mournful melody of the violin uses this base to build the intensity into a clearing of sound.

Against a Spanish-style rhythm, the violin soars above cymbals colliding like an ocean during high tide. Through the diaphragm depths of feeling, the cantor cadence of Megan Stetson, sister to Colin Stetson, adds to the cultural qualities of the orchestra behind her.

Part II sets a tranquil mood at the onset, with similar thematic qualities to the previous section. Megan’s vocals cry out for help, a prayer. And the stark background instrumentals sound like glass crashing: the bass saxophone, a tragic boweling sound of despair below the disemboweling emotions of the vocals.

As Part II ends, African tribal beats of the drum surface a triumphant quality, looking towards the horizon. Perhaps getting closer to the Red Sea, a promise of a better tomorrow. Makes me think of Michael Jackson’s “Will You Be There”: “In my anguish and my pain / Through my joy and my sorrow / In the promise of another tomorrow.”

Part III breaks in with the slashing sounds of the high-hat. A state of agony, an imprisoning sound from the bass saxophone and drums divide with the struggle of freedom from the vocals. The background instrumentals march like an impending dictator versus the crawling wounded nature of the vocals.

The symphony winds down with an angelic closing. The peaceful violin, a spotlight of sun slashing through the gray of heavy storm clouds parting. The Red Sea parts and we are saved.

In a world where different cultures are still struggling against suppression and sorrow, Colin Stetson’s Sorrow reminds us that stars have to shine even in the darkest of night. Maybe it is just my optimistic nature, but it is more empowering to see how we strive passed tribulations than to see how we cope during them. 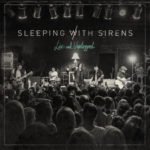 Sleeping With Sirens Brings it Back to Basics Previous
Fire In The Field - Interview With The Innovative Psych-Blues... Next 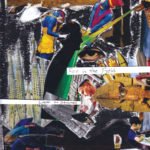