Danko Jones talk about how they’re going to “Burn in Hell” and basically overpowering everyone who gets in their way.

The Canadian trio are a hard rock band putting out garage-rock, energetic music.

“Burn in Hell” is their second track from their brand new album set to be released in the spring. The song was recorded at Vancouver’s Farm Studios with producer Garth “GGGarth” Richardson. Richardson has also worked with the likes of Rage Against The Machine, Red Hot Chili Peppers, Biffy Clyro, and Rise Against.

Danko Jones get Tough and Gritty with ‘Burn in Hell’

The overall tone of “Burn in Hell” is aggressive and intense. The title itself gives you a great idea of what kind of sound to expect.

The vocals are gritty and high energy just like the instrumentals and lyrics. The song kicks off with a lively cowbell and electric guitar. The energetic vocals are immediately thrown in to the fast paced start and immediately start off talking about feeling like the underdog and an eagerness to even the score.

The use of cowbells works surprisingly well and somehow adds to the intended raw sound. With my first listen, I almost overlooked the cowbell as a consequence of being consumed by the energetic mood. After a few more listens, it was almost comical how smoothly it was incorporated throughout the track.

There isn’t much of a relaxed time in the song. Vocals vary in energy and speed, adding some diversification.

Normally high energy songs like this can get old fast and feel almost stagnant. Although it’s high energy, it can be easy to come off as boring but thankfully this piece has avoided that.

The song is a well put together piece overall. The vocals are powerful and take full control of the song after a strong instrumental introduction.

It’s musically simple but with enough variety in tone and energy to avoid a static sound. 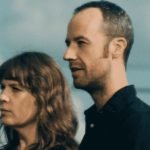 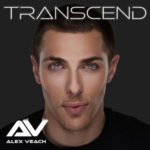