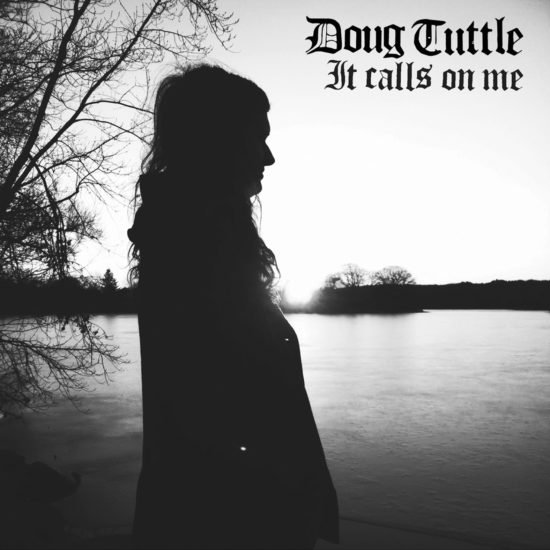 Before ever hearing the music of singer-songwriter Doug Tuttle, I reserved him a place in my heart when I learned he spent many years in Allston, Massachusetts (AKA Rat City). His residence there was later confirmed by the number of fans rocking long hair and denim-on-denim at his recent show at Rough Trade NYC.

Complete with flowy button down shirts and moccasins, Tuttle and his band delivered a classic 60s-70s rock sound throughout the evening, often evoking a Byrds, Allman Brothers, or Suite Judy Blue Eyes vibe with dueling rhythmic guitars and vocal harmonies. 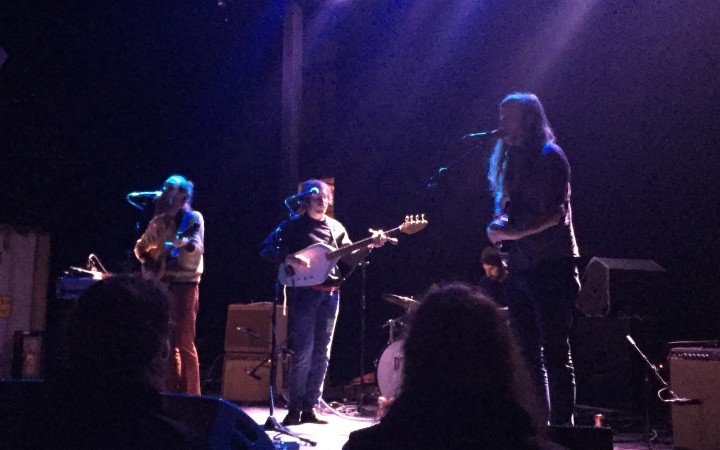 The live band — comprised of a Tuttle, plus Justin DeArmitt, Noah Bond, and Jesse Gallagher on drums, bass, and acoustic guitar/keyboard — opened the show with “A Place for You,” a 2013 tune that could probably sneak into the middle of the Forest Gump Soundtrack without anyone ever noticing.

Although the recorded versions of Tuttle’s songs tend to be relatively tame, the six-string master unleashed his raw talent from the stage, often backing away from the microphone to run away with the melody. On nearly every song, Tuttle deftly maneuvered up and down the frets and whammed on the wah wah pedal while the backup guitarist dutifully maintained the rhythmic chords.

With the exception of these extended solos, Tuttle and his band sounded exactly the same as their recordings on songs like “Make Good Time” and “Falling to Believe.” Sticking to the classic rock theme, Tuttle was all about the music, shredding away on his guitar, yet hardly saying anything between songs.

Towards the end of the show, the back up guitarist told the crowd that Tuttle was about to release his second record as a solo artist (he formerly fronted Boston-based band MMOSS). Tuttle, with completely deadpan delivery, quickly added that the record, “It Calls on Me” would be on sale for $16 to the general public but only $15 at Rough Trade NYC.

You can hear the new record and more from the Doug Tuttle on Spotify, SoundCloud, and YouTube. 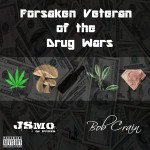 Forsaken Veteran of the Drug Wars - Folk/Rap Fusion With... Previous
Pepper Stevens - Continuing To Move Forward With His... Next 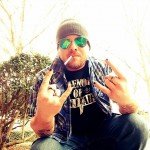