Bands that bridge old sounds with new feelings are few and far between. However, Duquette is doing just that with their latest album, Trust The Night.

Duquette brings together a rock edge with a folk sound

Opening with “Trust The Night,” the title track for the album, you truly get a snapshot of the sound across the record. The country feeling combined with the rock flow that dominates the album is perfectly fine-tuned in Trust The Night, and this track gets at the incredible solos, sounds, and flare every track has. “Trust The Night” features poetic lyrics that draw you into the story, much like every memorable song, captivating electric guitar solos, and drumming that drives the track and brings everything together. You’re instantly feeling like you can “Trust The Night” and conquer anything.

“Touched Grounded” features a horn line differentiating it from other sounds featured on the album. The repeating, simple horn line drives the beat of the entire tack. Low brass adds to the fullness of the sound while keeping it into the country rock sound Duquette brings to Trust The Night.

Tracks like “Perfect Stanger” drive home the pure rock sound that influences Duquette’s overall sound. From the lyrics that pull you into their world and allow you to vividly picture the images they’re singing about, to the harmonies that make you want to keep listening, it’s everything they’re great at. The instrumental flairs are thrown in add variety to the track and drive the musicianship the band possesses to a new level.

The alt-folk rock group, Duquette, is lead by singer/songwriter and multi-instrumentalist Rob Duquette, with Jake Sturtevant (keys), and John Kumnick (bass) coming together to help Duquette and create epic music. The band brings together elements of rock, country, and fold to create the perfect blend of old and new and creating music that stands out from the rest. 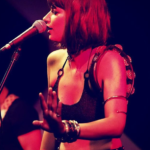 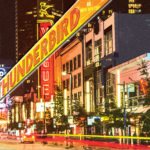