The singer/songwriter Eduardo is sharing his own brand of acoustic pop with the world. Born in Peru, Eduardo Leon honed his musical craft in America and earned many accolades for his work. He has received praise for his two previous albums, along with awards and radio play for his music. His new single “Time Machine” focuses on the essence of his music that makes it so appealing, the pleasant vibes, thought provoking writing, and engaging melodies.

“Time Machine” starts off with a captivating guitar riff that adds distinct character to the song. The electric guitar is dirty but an acoustic balances the track out and fits together with the vocals. The drums are booming with a garage rock grit that brings a lot of energy to the song. A simple solo adds some flair but refrains from being too flashy.

Eduardo’s vocals cut through the mix as his lyrics reach out and express relatable sentiments. He takes on a melancholy demeanor as his melodies dance around the track. His vocals are well suited for this rock direction that “Time Machine” takes, but also shows plenty of influence from his other acoustic works. As a experienced live musician, one can imagine the energy and emotion he brings to his performances.

Eduardo’s “Time Machine” is looking to big a big release for the growing artist. If you enjoyed this single, make sure to keep up with Eduardo. He has already made his make with two previous albums, and many are excited to see what he has in store for the future.

Keep Up With Eduardo 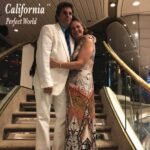 Les Fradkin Brings Back California For 'Perfect World' Previous
How Musicians Can Market Themselves via Email: A 7 Step... Next 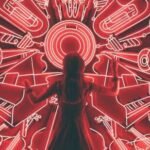 Lochlan Shaw Offers ‘A Part Of Me Will Always Be You’

ALEX GENADINIK Reminds You To “Keep Your Heart Open”