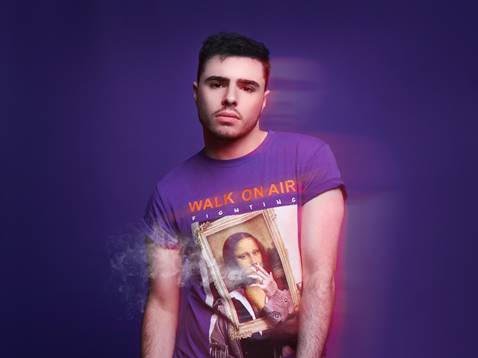 Songwriter and producer MkX dropped “Fall” on August 26, not in preparation for colder weather but as a self-proclaimed anthem to avoiding heartbreak. Like pop classics Britney Spears and Ariana Grande, this artist exudes confidence in his latest track. “Fall” is the song listeners plays when they’re ready to bump the volume and the swagger it takes to see temptation and walk right by.

Offstage, Michael Kouroubacalis began learning the guitar at age six. Once his sister, Marissa, took up the drums, the duo became unstoppable, releasing the album Kicking It Together in 2008 and the EP It’s Like That in 2010. By 2015, Michael and Marissa opened for pop icons such as Christina Perri and Ariana Grande. In a highly competitive arena, they blazed the trail without pausing to catch a breath.

Alongside these tours, Kouroubacalis attended Berklee College of Music and rebranded himself as MkX. “The ‘X’ in my name represents self-expression through art,” he explains. “I want people to use my music to bring out their inner confidence, or ‘X,’ changing the way they carry themselves. I want them to feel like a bad-ass as they walk down the street with my song playing through their headphones.”

Fall Back To The Era of Pop

The track accomplishes this feat as MkX infuses a litany of electronic elements into “Fall.” The opening staccato paired with MkX’s layered vocals blends trap with pop, as if EDM tour de force Yellow Claw procreated with pop legend *NSYNC. The fader used in the chorus makes you feel as if you’re at a show and he could shout over the crowd at any moment to pump up the energy. The true power of this track stems from the lyrics, as MkX’s silky voice insists he won’t fall, before pulling a complete 180 and insisting he is the real heartbreaker. In true pop fashion, MkX wheels and deals in romance with a catchy chorus found nowhere else.

Not one to be stingy with his talent, MkX has also contributed to the success of other artists. He has written and collaborated with the K-Pop group TWICE on their platinum selling #1 EP YES or YES. In an interview with Authority Magazine, he urges other artists to embrace networking and work together.

To date, some of our favorite tracks by this artist include “Right place, right time,” “One Sided Love,” and “The Look.” Explore more of MkX’s music on Spotify or by visiting his website. 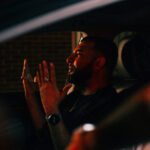 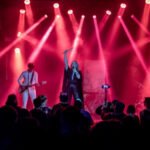