FATHOM XIX Rise Above ‘The Sky Beneath’

Creating an album is rarely quick and easy. That is what separates the bands that are truly dedicated to making great music and those that don’t have the fortitude to build a career in this crazy world we call the music industry. In our search for bands willing to put in the hard work, and have some fun along the way, we came across FATHOM XIX.

The quartet based in Grand Rapids, Michigan plays their own brand of hard rock. FATHOM XIX is made up of singer Darin Wiltse, bassist Koty Schoenberg, drummer Dave Hempstead, and guitarist Shane Roberts. Together they find a way to take the music seriously while adding enough fun to not take themselves too seriously.

It took over two years to put together but FATHOM XIX has finally released their full-length album The Sky Beneath. The result is an 11 track record that brings back the power of rock that we haven’t seen in mainstream music in years. The slow intro to the opener “Battle is Alive” welcomes us in before grabbing us by the neck with some power-infused vocals. The band shows a funk rock side on “Make It Right” with some fancy bass and lead guitar back and forth. Seems like FATHOM XIX can go in whatever direction the wind takes them.

The power is turned up on “The Hunter” with everyone coming to the table producing a full sonic tapestry. Some flashes of the band Incubus are brought to mind. The power-fun continues on “Is It Getting Faster In Here”. Drummer Dave keeps the pace and energy flowing while Guitarist Shane shows some shredding technique. This is how ROCK should sound.

The trip continues down some other varied paths with the aggressive and progressive “Jailer” followed by the fun-laden rocking closer “Arrester”.

FATHOM XIX has laid down the gauntlet to bring rock back to the masses. Keep up with them for yourself on their socials: 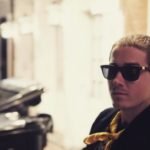 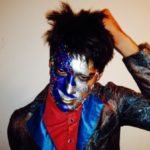