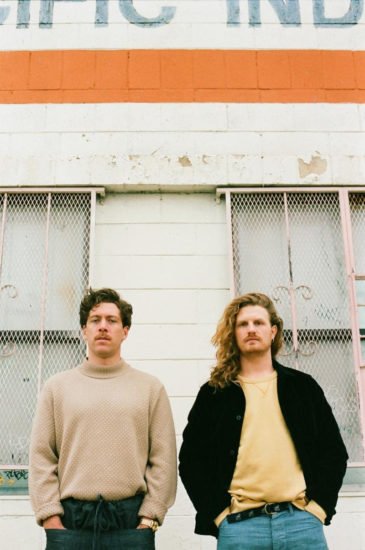 FRENSHIP is a platinum-selling duo that is comprised of James Sunderland and Brett Hite.  The pair have announced their forthcoming EP, Vacation Versions, to be out November 1st via Counter Records, which contains re-imagined versions of four tracks from Vacation.  According to the band statement, like its predecessor, Vacation Versions examines the nuances of relationships and the idea of happiness and home with the duo’s hot-cold relationship with Los Angeles serving as one of the inspirations.

The first single to come off the EP is “Remind You (Vacation Version)” that features an impressive pop sensibility.  The new single changes it up with soft keys that fill the track.  The vocals are in equal parts raw and intimate, giving off a nice profound touch.  A soft lilting feel is evident on this song.  A powerful ballad that resounds with authenticity, this s a thought-provoking duet that with its combined vocal harmonies encompasses the passion and drama that simmers underneath every relationship.

“Remind You (Vacation Version)” is a departure from the original with its more quiet-based sound while “Remind You” features a happening electro pop vibe and a bouncy melody that pulsates throughout.  Upbeat and catchy, an energized vibe is felt throughout.

Vacation follows the success of several buzzed-out singles that include “Capsize,” which reached notable chart positions in 25 countries, and “1000 Nights,” which FRENSHIP performed on Jimmy Kimmel Live.  The happening up-and-comers were picked as Spotify’s #2 Breakout Artist in 2016, were one of Shazam’s 2017 Emerging Artist, have garnered over 800 million global streams and 2.4 million monthly listeners on Spotify, and are a festival favorite, having performed at Lollapalooza, Bonnaroo, Outside lands, Life is Beautiful, and Voodoo.

“Remind You (Vacation Version)” consists of the group’s signature sound of brilliant production chops and a dynamically driven, infectious pop melody.  FRENSHIP continues to produce powerful and unique music with a style that is all their own on their brand new single. 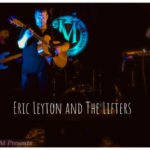 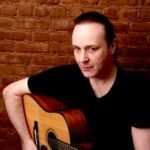