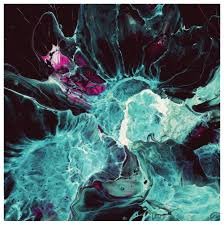 Future Elevators, a five-piece indie rock band from Birmingham, Alabama, made my dream pop dreams come true with their newly released self-titled debut album. I was shocked to see that most songs had fewer than 1,000 plays on Spotify but, based on the ambition they show on this LP, that won’t be true for long.

What most struck me about the band’s sound was singer Michael Shackelford’s chameleon-like vocals, bringing a multitude of tones across a variety of upbeat melodies throughout the album. Each track had a distinct feel to it, often switching among crisp instrumentals, 80s inspired synths, and lo-fi distortion.

The opening track, “Rome on a Saturday,” immediately evoked the groovy guitar riffs and psychedelic synths of Tame Impala. Shackelford’s hollow voice singing, “Fill your day up with flattery on a Saturday” sounded to me just like the Australian band’s Kevin Parker.

The next track is the band’s first single, “Modern World,” and my favorite song on the album. The simple lyrics, this time sung in a way that resembled Mark Foster of Foster the People, enchanting keys, and light strum of the guitar coax you into a trance. Perfect music for the morning commute, if you ask me.

I had to listen to “Alabama Song” several times to wrap my mind around what a genre-bender it is. The guitar slides in the opening instrumental sequence are clean and powerful, like the Alabama Shakes (I swear I’m not only saying that because of the Alabama factor) but Shackelford’s voice is shoegaze-y and distorted like Dustin Payseur of Beach Fossils. The odd juxtaposition works for the song, however, which strips down to a dream pop haze for the final minute before fading out.

Overall, Future Elevators showed enormous range on their rookie album. I could definitely see them opening for bigger acts like New Order or playing an early time slot at The Governor’s Ball. Heck, Future Islands should probably pick them up as an opener for a future-themed tour this summer (someone please contact me if this actually happens).

Learn more about Future Elevators here or stream the full album on Spotify. 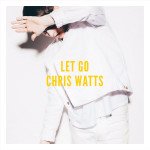 Chris Watts — Climbing the Top from Down Under Previous
Christopher Bell - Innovative Cello Sound Will Draw You... Next 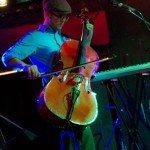