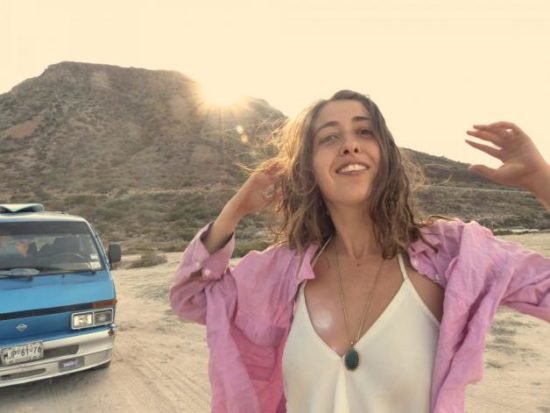 Gabriella Cohen follows up her acclaimed debut album, ‘Full Closure and No Details,’ with the track ‘Music Machine.’The music video for the single debuted on May 21st, just eleven days ahead of her second album ‘Pink is the Colour of Unconditional Love.’ Cohen pairs subtle guitar riffs and a dreamy voice, which work together to disguise the darker themes that linger within her lyrics. This talent for incorporating sinister undertones to her seemingly-carefree songs is what helped to make her debut album so intriguing, and she repeats this feat with ‘Music Machine.’ She was inspired to write the track by Venice Beach, LA, which she visited while on tour in the summer of 2017.

The music video for ‘Music Machine’ features actress Yasmin Langlois, who struts around LA backdrops seductively. The retro shades she wears channel a carefree edge that is synonymous with the West Coast while giving off a washed-out 60’s vibe. Cohen and her sisters also serve as backup dancers in the video, and add to the suggestive summer scenes that exemplify ‘Music Machine.’ They pair one-piece swimsuits with knee-high socks and platform heels, a look that (along with an inflatable flamingo) make the video a quirky delight. The music video isn’t necessary to understand the type of aesthetic that Cohen is reaching for through the song, but it does complement the breezy beat in a fun way.

Gabriella Cohen Lets it All Hang Out on ‘Music Machine’

She trills about everything from bikini-clad girls to the homeless population, an ironic juxtaposition that captures the grungy, laid-back vibe that makes LA famous. Beyond the beachy haze however, the lyrics cover her mother’s perception of her music career and her struggles with love. The beach serves as a backdrop for her life, as well as a tranquilizer that helps to lessen the uncertainty that pesters Cohen. In the song, she defies that uncertainty by continuing along in the ‘Music Machine.’

Cohen is kicking off the release of her sophomore album with a tour along Australia’s East Coast this summer. For more information about upcoming tour dates, visit her Facebook page. 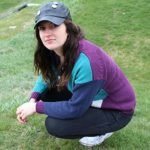 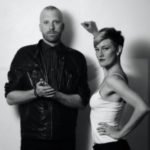