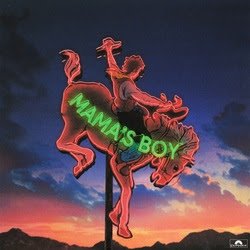 To me, LANY always sounds like the end of summer. They usually put out dreamy love songs, or poppy breakup tunes. The kind of music that makes you feel like you’re floating through a coming of age story. Their latest release mama’s boy is a bit of a departure from that. This album is a love letter to the listener as much as it is to a love interest.

The album begins with one of my favourite songs “you!” Get ready to cry for tracks like “if this is the last time” which will have you grabbing your phone to call your mom. There are also some more upbeat traditionally pop sounding songs as well. For fans of LANY’s usual sound “i still talk to jesus” and “sharing you” follow sonically the path of their previous music. It’s obvious this release is more mature, the band trying to explore different sounds. They set out to talk about their roots in this one. How they feel like midwestern boys caught up in the LA scene. Whereas in the past they have stuck to more synth-pop “LA” sounding songs. This new direction is most prevalent in the lyrics of “good guys” and “cowboy in LA.”

If anything, their Cali indie-pop roots are still showing through with stylistic decisions such as all the song titles being in lower case. Very aesthetic. but the tone of the album is more mature than those past. Instead of being all relationship/breakup songs, the band has tried to convey where they come from. their midwestern upbringings and real issues we all face.

“Someone asked me where I was from and somewhere, out of my spirit, I just said ‘Man, I’m from Oklahoma!’ It was a weird sense of pride, to be from the middle of nowhere,”

Getting Back To Their Roots…

After finishing the last leg of their world tour behind Malibu Nights, Paul—the band’s primary songwriter, lyricist and producer who was born and raised in Oklahoma before moving with the band to L.A.—decamped to a studio in the country outside Nashville where he began working on an outline for mama’s boy. Over those two weeks in Nashville, Paul began to put into words and music the cognitive dissonance between the L.A. persona he’d adopted over the band’s rise and his Great Plains heritage.

What’s Next For LANY

LANY’s breakthrough came with their 2017 self-titled debut, amassing an international fanbase and selling out multiple nights at arenas across the world. Their 2018 follow-up Malibu Nights sealed the deal. Its heartbreak anthems cracked the Billboard Album Chart and connected in a huge way across the globe. The statistics speak for themselves: LANY have a social media following of 5.8 million people, have sold over 415,000 tickets worldwide and played sold-out shows from L.A.’s Greek Theatre to London’s Brixton Academy, with arena shows in major cities planned for this album. Their songs have been streamed over three billion times and they’ve had over 430 million video views to date.

But all of this is just the beginning. 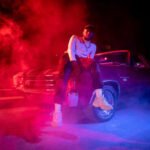 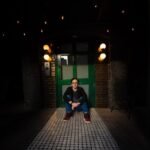