Rock and roll is almost as American as apple pie. Boston trio Heavy AmericA takes influence from decades of rock and roll, proudly describing their sound as every genre of rock. Their new track, “The Fall”, is representative of their sound taking us on a journey made of guitar, bass, and drums all set to a narration of modern-day America.

The band is looking forward to a big 2022 ahead of them. They are getting back to playing live shows as well as releasing a series of new singles, the newest of them being “The Fall”. “The Fall” is a great track to start with to get introduced to the band. This single was released alongside a music video that encompasses the tone they are going for with this song.

Watch The Lyric Video For “The Fall” Here

“The Fall” seems like a spiritual successor to songs like Black Sabbath’s “War Pigs” or Pink Floyd’s “Another Brick in the Wall”. It’s a song that both moves to a different section in a progressive rock style as well as making a statement about society.

Moving from one section to another, the track keeps up the momentum with Dan Fried laying down the beat on drums. Bassist Budd Lapham builds a strong foundation for the rest of the song. “The Fall” builds up for Michael Seguin on guitar to throw in a classic blues-influenced solo.

The music video released alongside “The Fall” descends through a cinematic collage of society. Adapted to the modern-day, the lyrics provide a commentary along the journey through the song. This video is full of interesting animations that we drift ever downward through. “The Fall” continues to delve further down into ominous and obscure imagery and symbolism. There is a lot to decipher in the cryptic collage they have created.

If you enjoyed “The Fall” be sure to check out Heavy AmericA’s catalog, like their 2017 album Now, or the multiple singles they released in 2021. The band is getting back into the swing of things. Finally, they are able to play live shows again and plan to release more new material. Make sure to keep up with them in the future.

Keep Up With Heavy AmericA 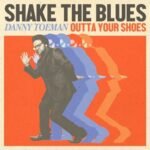 Danny Toeman is having a funking good time with 'Shake... Previous
Dancefloor Gold "Laughing In My Sleep" By Haley Gold Next 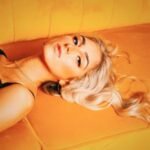