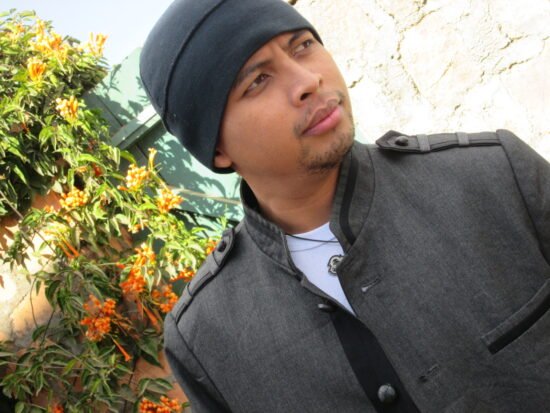 As musicians we all develop over time. If we are standing still we will eventually flame out. Having that strength to expand and explore other sounds is a huge part of what makes music so magical. The most amazing songs come from this exploration. Our recent find Herisetra is a prime example of this with his newly launched solo career.

The guitarist and composer based in Madagascar, built up his skills within the Metal genre with his band Beyond Your Ritual for over a decade. Speed and power became his tools as he learned to shred on guitar. As a passionate player, Herisetra discovered he had a yearning to write more songs that did not quite fit into his genre. In 2019, he launched a solo project of new music that could fill this newfound experimentation. The results have been impressive.

A standout example is his song “Ariane”, a song dedicated to his little princess. The smooth start sets a mellow tone with some elegant guitar picking. The supreme talent of Herisetra quickly shows up as the song builds to a powerful punch. The tapping guitar style adds the speed and energy while the elegant nature still remains. A simply beautiful instrumental song that drips with emotion.

We caught up with the talented Herisetra to get a deeper look into his development and new sound. Enjoy the interview here:

What is it that first drew you to creating music?

I was a music lover since very young age, I was listening mostly to classical music and some rock classic. Music was in my vein but my older cousin, who was playing piano was inspiring me to create with him songs (in my 16th). He wanted to become the next big rock star and I just followed 😀 … The idea of having your own song, gigging, putting it out there was starting to compelling me and I finally loved the process. It also helped me to express emotionally all the trouble I felt inside, you know the kind of biggest trouble in the world 😀 teenager’s problem: girlfriend, mad at society…

How would you describe your new sound?

Your skills with a guitar are very impressive. Tell us about your journey of learning the instrument.

I learned guitar for the first time at the age of 12. I was learning classical music, and I turned into Metal playing 3 or 4 years later, I don’t remember very well. Then I had a time to learn (theoretically) drums and the other instruments when I started the Metal band. Let’s be honest, I cannot play drum but I can write it. Bass guitar, I learned on the go. Piano, guess I just learn whatever I need to play, I am not Mozart ☺

What is it that prompted the move to expand beyond your Metal roots?

The question I was waiting for ☺ … Actually I needed to move to the new genre I’m doing now because I felt I could not express them in Metal anymore, yeah there are some positive vibe song in metal but you can’t keep up very long with that if you decide to stay Metal, and yeah metal is mainly for level god technicity, but I am not into that anymore. I mean It doesn’t matter how great Is metal, I will never be able to express this positive energy, this happiness I feel inside. Some metalheads may be mad at me with that kind of statement but let’s be honest, that’s the truth. And don’t mistaken me, I am still a Metalhead, but I just needed something else that can express my emotion, with energetic way but not aggressive and dark like Metal do, then I saw that Future bass style was giving me that feel, and as I am still a metal/rock at heart, why would I not combine the 2? …

What was causing that happiness to raise like that you might ask … actually I was starting a new relationship and she was bringing me all of that within our first year (very personal matter here but I really create music based on my personal feel only). And now we have our little new born baby, the degree of happiness increased ☺ … her name is Ariane … I created this song I am giving here for her.

I have a melody in mind, I record it and I develop little by little from it. Sometimes I am finishing a very long part and 1 week later I listen back to it and it is not giving me any emotion at all … then I delete and start again. After the melody comes out, sometimes I bring out the drum part for me to find the rhythm, or the synth part, it depends, and bass guitar is always the last. But whatever I am creating I need to be able to tell exactly what I feel with the song.

What do you hope the listener will take away from Herisetra music?

The same emotion I feel when I created it. Mainly if the music can move them, and bring them to that special place (whatever it is, it’s personal, not forcedly the same as mine)

Give us a look at the future of Herisetra.

Up to now, I am still in the process of creating, I don’t have any recent plan for an EP or Album yet, I’m quoting David Maxim here: “I am doing music for the sake of music” only. Maybe after some times, if it is required I’ll put some, and some gigging also, anyway, we have to get past of this covid crisis first before thinking of doing any long time travel.

Find more music from Herisetra on his SPOTIFY 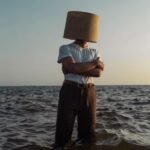 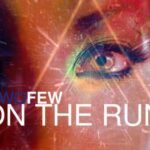