Julian Allen Crowdfunding His Freshman EP, “Could U Be” 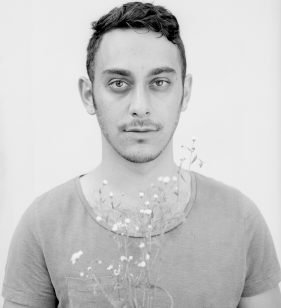 Julian Allen is a young, up and coming indie-soul artist coming straight from Chicago and his Freshman EP is just around the corner. He steps behind the mic armed with youthful exuberance, a little confidence, and a butter-smooth singing voice that always seems to delight itself into your list of favorites.

He’s still in the very early stages of his career, but it’s obvious that the guy’s got talent. Julian Allen has been blessed with the kind of singing voice that reminds you of the greats, and it wouldn’t be too far-fetched to compare him to John Legend. Ready to take the first big leap in his career, Julian Allen has decided to bring his debut EP to Kickstarter and let the world collaborate with him in the production process. He’s come up with some awesome incentives to reward your support so there’s no reason why you shouldn’t check it out.

Could U Be is a profound emotional investment. It’s as therapeutic as it is entertaining, and I fully expect to be taken on a journey with every song and verse. His work is wondrously written and fantastically innovative. Quite frankly, Julian Allen can make a fan out of anyone.

He’s definitely worth a listen. He’s only got one song on his Soundcloud account so far, but it’s a damn good one. It’s called, “Moonglo”, and I’d be willing to bet you can’t listen just once. It’s got that nuanced soul sound we’re seeing in well-known artists today like Eric Benet, Cee Lo Green, and at times it’s even reminiscent of trapsoul all-star Bryson Tiller.

Give it a try.

See what I mean?

If he continues to grow, develop, and put out songs like this one, it really won’t be long before he starts pulling in features and sample requests from more mainstream independent artists like Chance The Rapper and Anderson.Paak. He’s really got the kind of sound – especially as it pertains to the soulful synthesized instruments behind him – that’s just begging for the interpretation of other artists. It’s gonna be fascinating to track Allen’s career. He’s got nowhere to go but up.

At the end of the day, Julian Allen is in every way a rookie. He might not sound like it, but he is. He doesn’t have pages of content for you to thumb through and you haven’t seen him on stage anywhere near the big timers. Not yet.

Give it some time. I get the sense that Allen might be the prime example of just how far you can go with talent, tenacity, and a little bit of luck. Let’s see if we can give ’em a hand! Help Julian Allen out HERE. 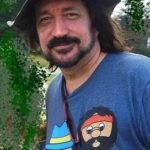 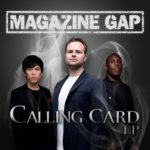 Million Miles Gets Intimate with Music Video ‘Love Like Yours’