Lauria is not “Losing Me” with new single You can tell when an artist is comfortable working in a studio. Raw talent is never born in the booth, and it’s not the easiest transition for artists to make. Once you start recording, you’re officially a part of the industry, and that’s an intimidating notion for anyone trying to make it in this business. At its core, it’s the start of a new chapter not just in an artist’s professional career, but in their personal life, as any musician will tell you that nothing, and I mean nothing, is more personal than the music. It was there before the money, and it will be there after the applause. Lauria is a prime example.

Lauria sounds wise beyond her years when you listen to her passionately sing of internal struggle and contemplation in her track “Losing Me.” Making really impactful music takes years of refining your craft to get it to a place where people are going to be able to understand it and process it with the same level of conditioning that the artist themselves perceives when they’re laying a track inside the studio. If I didn’t know any better, you totally could have convinced me that this was her third or fourth major single from a sophomore album instead of a virginal offering. It takes charisma to sell a song to the masses, and Lauria has such an overabundance of enticing charm that it’s inarguable that she’s been destined for success since first picking up a microphone.

The voice of Lauria is not unlike a friendly smile, making us feel safe to reach out and get a little closer to her, get to know her identity and her craftsmanship without feeling intimidated by her staggering talent. And while her magnetism definitely aids her in her quest to connect with the audience, it’s undeniable that staggering talent that sets her so high above her closest brethren in the alternative music community and makes “Losing Me” the superior piece of art at the end of the day.

Transcending the limitations that the speakers create in separating her emotions from ours, Lauria is taking the beautiful gift that she’s been blessed to be born with and forging an unstoppably grand sound with it. If “Losing Me” tells us anything, it’s that this songwriter has so many colors on her palate, so many skills in her repertoire, that this first single is just a small sampling of what we can come to expect from this breathtakingly touching songwriter.

I hope she hits the road on a proper North American tour soon so that we can see what she can do beyond the four walls of the studio. I’d like to see her with a full band instead of just a DJ; there’s a grandeur to her stylization that gives the same impression as a multi-piece symphony, and it would be interesting to see her working in sync with a large group of musicians under her own direction. The sky is really the limit for Lauria, and that’s not something I can say for every artist in her position. 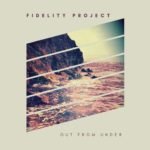 Fidelity Project is 'Out From Under' The Covers Previous
A Tribute To A Friend: 'Thursday Night Taxi Service' Next 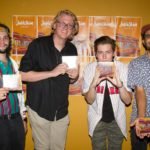