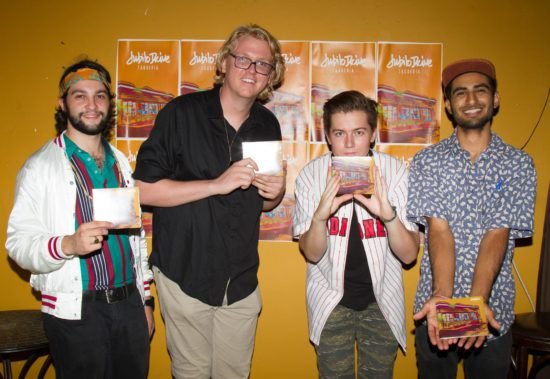 A tragedy is all too often the motivating force behind compelling creative work, as is the case with LA band Jubilo Drive and their new single, “Thursday Night Taxi Service”.

A dedication to their late drummer, Eric Cruz, the band seeks to honor his memory in music. The title came about as a name for the college radio show of Cruz and Jordan Kleinman (guitar and vocals) and is said to mimic the experience of driving around SoCal with the radio on, which was something Cruz enjoyed. The song is harmonious and disjointed, a seemingly appropriate driving accompaniment.

“Thursday Night Taxi Service” is heavily inspired by U2; like them, it leans far to the pop-y reverb stylings of electronically edited components. The song is cohesive and overall a pleasant-sounding song that has some shoegaze moments but, for the most part, a “sensible” pop song that is clearly influenced by Southern California. So, for that, Jubilo Drive has done a great job at maintaining their aesthetic throughout an enjoyable and cleanly executed song.

While the song is very strong in those aspects, it’s not especially adventurous for a band that takes pride in being experimental and avant-pop. But maybe it shouldn’t be: it is serving one particular purpose that doesn’t really need to step outside of the band’s comfort zone. It is, however, a fitting tribute to their fallen band member and friend. Listening to “Thursday Night Taxi Service,” from the lyrics to the hypnotic melody, you gain a better feeling or even an understanding of the man that the band lost. You can tell that Jubilo Drive is beyond passionate about making this music to share that memory with the rest of the world.

There probably isn’t a better reason to use the term “passion project” in any other situation than this. “Thursday Night Taxi Service” is a great creative sensory experience to remember a friend. There is not much more honorable than that. So, thank you Jubilo Drive. 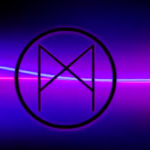