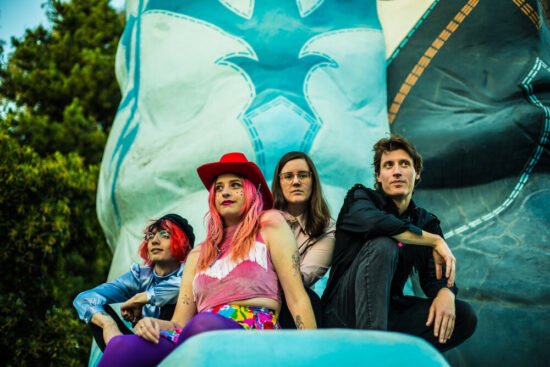 80’s movies have a special place in my heart. And among them, is the movie Heathers. So when I saw that Sundae Crush was referencing this iconic film in their newest music video, I was ecstatic. “Lick It Up“ recreates the tension filled climactic ending of the movie (which I won’t spoil for those who have not seen). Directed by Trixxxy Poodle, the video was also shot at her house and edited by Izaac Mellow.

Sundae Crush is a rainbow, daydream band writing songs to crush modern ideas of romance which can be toxic and unhealthy. The daydream started with Jena Pyle (vocals, guitar, flute) and is brought into reality with Emily Harris (guitar, vocals), Daniel Shapiro (drums, vocals), and Izaac Mellow (bass, vocals). The band pairs experimentation with groovy, heartfelt pop to tint your vision to a rosy hue. They’re releasing their first full length album Fall 2020.

Sundae Crush has appeared on KEXP’s Audioasis and has shared the stage with Frankie Cosmos, Winter, and Peach Kelli Pop.

Even with these deep themes, they play for a party we’re all living out on a rainbow colored planet of fun stoner pop. Out on November 27th, make sure you tune into their newest release, and then throw on Heathers, for old time’s sake. 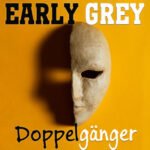 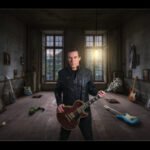