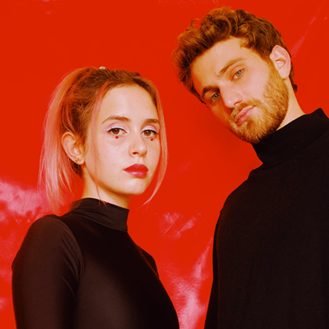 Magdalena Bay dropped their newest single, “Oh Hell,” two weeks ago and we are still floating from the dreamy bedroom pop energy they so lovingly constructed. “Oh Hell” is just one of the many hits released by the LA-based duo this year, following vogue-worthy “Killshot” and sprightly “Good Intentions,” all included in their new EP.

A perfect blend of past and future fun

Mica Tenenbaum (songwriter and vocalist) has the kind of voice featured in a movie-star montage showing Farrah Fawcett driving a cherry-red corvette with the windows down, complete with huge sunglasses and a carefree smile. Her voice is light but moody, translating directly into the group’s music videos through her hyper-feminine persona and melancholic lyrics. This pairs nicely with producer Matthew Lewin’s keyboard and carefully curated percussion to create shoulder-shimmying pop that well, pops.

Regardless of which track you explore first, you’ll certainly feel the neon energy and bubblegum sound Magdalena Bay bring into their work. Influenced by the likes of Madonna, Charlie XCX, and Grimes, the two create a unique sound that blends the bright colors of the 80s with modern house music. It’s bouncy, it’s upbeat, and most importantly, FUN. As they say in their Spotify bio, Magdalena Bay is “Tired of hearing sad songs on the radio” – they’re here to inject happiness into your earbuds.

“Oh Hell” differs from the other tracks Magdalena Bay released in 2019, slowing it down for us with vocals from both Tenenbaum and Lewin. The two alternate verses in conversation with one another, “questioning the benefits of love.” In a recent press release, the duo explained the track pulls inspiration “from teenage infatuation to explore the toxic, all-consuming side of young love that leads people to neglect their own identity and live entirely for someone else.” “Oh Hell” puts rose-colored glasses into audio, showing us how easy it is to get lost in a puppy love romance and fantasy with cooing vocals and lulling synth.

Magdalena Bay brings an EP to leave on repeat

Magdalena Bay released “Oh Hell” as an EP as well as a single, including their most popular tracks, “Killshot,” “Good Intentions,” and, my personal favorite, “Venice.” Watch the video and I guarantee you’ll find yourself bumping this duo all throughout 2020. 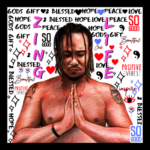 IBG Interview - 7 Questions With B.Wize Previous
New Years Eve Is Ready For A 'Champagne Rendezvous' Next 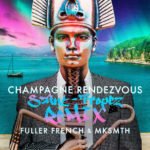 speakeazie BRINGS US BACK FOR ‘BOOTLEGGERS BLOOD’