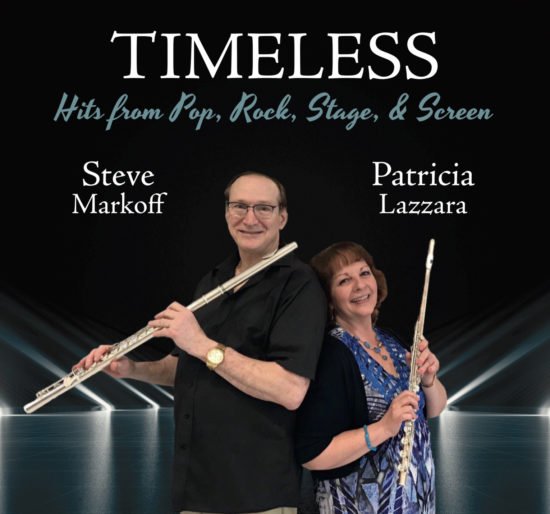 Everyone appreciates a great song no matter what genre it is in. A well-written song can cross all lines and ages. This is why cover songs are such a big part of what the mainstream listens to. Our recent discovery of Steve Markoff & Patricia Lazzara has taken this to new levels with flute-led versions of popular songs on thier recent album Timeless.

The journey began about 6 years ago when New Jersey based Steve Markoff decided he wanted to devote time to music and took up the flute with the distinguished teacher and performer Patricia Lazzara. Over time the duo realized they had something special and worked well together as colleagues and friends. Thier mutual love of a wide range of music gave them infinite possibilities. Performances could range from baroque to classical, opera, Celtic, country, jazz, contemporary and pop. There are no limits.

This past November, Steve Markoff and Patricia Lazzara teamed up with Grammy nominated pianist Allison Franzetti to release the album Timeless—Hits of Love and Hope From Pop, Rock & Soft Rock. The long play record features 18 tracks of well-known songs performed in an acoustic instrumental setting with flute as the lead.

We are greeted with the opener “Your Song”, an elegant take on the 1970 Elton John classic. The flute fits in beautifully for the lyrics as we can hear them in our minds. The diversity is shown immediately as the group moves into the 2017 hit “Perfect” by Ed Sheeran. The songs are over 45 years apart in their original release dates but Markoff and Lazzara make them seem as if they belong next to each other.

Another standout for me is their version of “Wonderful Tonight” by Eric Clapton. A song I always thought was so pretty is taken to another level of beauty with the piano and flute treatment. The Beatles “Yesterday” can be coupled with it as even a song that goes a little more in the rock direction is truly beautiful here.

The wide assortment of influences can be heard through other highlights such as “Havana”, “I Want It That Way”, and “Unchained Melody”. There are songs here for everybody. Markoff and Lazzara really are on to something here and we look forward to hearing more. 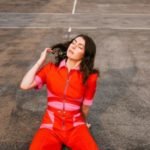 Anna Shoemaker Leaves An Impression With Latest Single... Previous
Foxfeather Says To Hell With "The Rules" Of Society In... Next 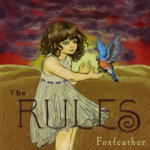 Markoff & Lazzara ‘Look What You’ve Done To Me’