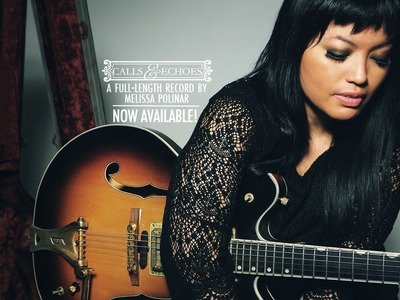 Melissa Polinar isn’t just a singer-songwriter. She’s more like a musical seamstress, weaving her every word together into a spell binding fabric we can all happily rest our heads on. She’s got a sugar sweet singing voice and lets the calm instrumentation behind her carry us on a slow-rolling wave into paradise.

Polinar’s career began modestly. She watched as dozens of up and coming artists began to rise the ranks through the use of various social media and media sharing websites on the internet. She made her first attempt to capitalize on this digital revolution back in ’08 with a few videos of herself singing in her room. Since then, many of these videos have amassed millions of views and she’s been able to turn those views into a devoted fanbase spanning the entire nation.

Now it’s time to take things up a notch.

In 2014, she merged her talents with some of the most highly regarded producers in the industry and it lead to the creation of something beautiful. She took full advantage of her resources and put together an outstanding album titled, Calls and Echoes. Now, she’s got a new EP available for pre-order on Pledgemusic and I’d seriously suggest taking a quick look at her campaign page to see what it’s all about. In a nutshell, she’s decidedly bridged the gap between the artist and the fan and has allowed them to work on a new project together.

Here, you’re not just a fan – you’re the record label too.

It’s no secret that Melissa Polinar has some serious talent. In songs like “Skyline” she brings down the roof with  high-reaching vocals and hits every note with pinpoint precision. To match her standout vocalism, she’s got some great lyrics too. Each song tells a fantastic story and she’s never afraid to demonstrate a keen sense of insight and retrospection.

She makes the kind of music that truly embodies the heart-on-sleeve transparency found only in the best artists within the industry.  You can check out her Soundcloud and see exactly what I mean. Melissa Polinar merges soulful and acoustic instrumentation to create a sound all her own. And a damn good one at that.

Check out my favorite song of hers, “Feels Like Home”.

Pushin’ To The Next Level

I’d bet this next EP is going to be a big help in Polinar’s career. She’s already got a well-received album under her belt and if she can follow up with yet another strong project, the big time labels are sure to come knocking at her door. You’ve heard her sing. The girl’s got talent and it’s only up from here.

Let’s see if we can help her make it to the top. 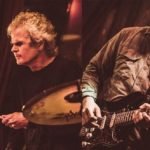 Rob Larkin & The Wayward Ones Crowdfund Their Upcoming... Previous
Joanna Weston - Soaring Vocals Of Optimism Next 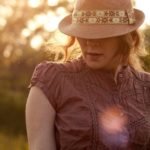