Rob Larkin and The Wayward Ones combine the vintage and the contemporary to form a wondrously innovative style of blues, soul and rock n roll. Though usually stationed in LA, it seems like the wind has blown them to Portland, Oregon for awhile and while they’re visiting, they’ve put together an earthy and oddly nuanced sound. Surely, there’s nothing that sounds quite like it but the classic rock and folk tunes that influenced them shine through their every song like stars in the night sky, illuminating all that lies beneath them.

Speaking of lights, Rob Larkin and The Wayward Ones have come to Kickstarter to help fund their upcoming album, Lights are Burning. They’ve decided to give their fans an awesome opportunity and make the production of this album as interactive as possible. If you shoot over to their Kickstarter campaign page,you’ll see all of the great incentives they’ve come up with to thank you for your support.

In all honesty, Rob Larkin is a seasoned vet in the music industry and he didn’t get there by disappointing. Trust, Lights Are Burning is sure to be their strongest and most intricate project to date. This is one you’re gonna want to be a part of.

Rob Larkin and The Wayward Ones

Simply put, these guys got what it takes.

In Larkin, they’ve got an award-winning songwriter, critically acclaimed guitarist and standout lead vocalist all in one. He’s had over 100 songs earn rotational airplay across the U.S on licensed networks like Discovery Channel, MTV, and VH1. On top of that, “Dogwood”, the title track of their last album, won the Americana category of the 2011 Show Me the Music Songwriting contest, as if the other accomplishments weren’t enough.

When you’re listening to their music though, it’s not just the sincerity of the lyricism that gets you. That music playing sturdily beneath it always tends to make it’s run for your heart too. In songs like, “One Rise Up” they create the kind of mood that makes you wish you had a lighter to wave back and forth as they proceed to fill your ears with the harmony you’ve been so desperately longing for. Then in songs like, “April”, they give us a complete change of pace. Slowing things all the way down with a love-lost ballad of sorts, one that’s sugar sweet and somber all at once.

You can take a look at their Soundcloud and hear everything these guys have to offer.  Though I really enjoyed all of ‘em, my absolute favorite is “Tijuana”. Larkin and the gang really dug deep on this one.

When you take into consideration their talent, the extremely high level at which they’ve grown accustomed to performing, and the absolutely spectacular performance they gave us on their last album Dogwood Roots, there’s no doubt in my mind that they’ll take this thing to the next level. They’ve got fantastic lyricism matched with some of the best folk instrumentation I’ve ever come across.

If Lights Are Burning goes as planned, I’m sure we’ll be seeing these guys right where they belong — in the limelight. And I just can’t see any harm in helping them get there. 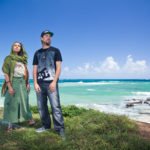 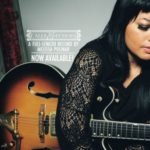