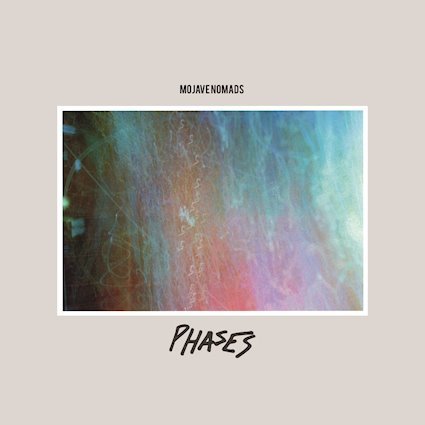 With a second EP about to drop, indie rock band Mojave Nomads are hard at work to put Utah on the indie music map. Originating in an area dominated by pop music, the Mojave Nomads have spent the past four years getting themselves out there, crafting their indie rock sound and proving themselves to be amongst a notably different musical culture.

A five-piece group of brothers and friends, the Mojave Nomads have humble beginnings. They got their start in late 2014, when they finalized the group with the addition of Mason Hill, who was merely 15 at the time. Ever since, they’ve been playing shows and letting their musical ideas blossom.

Now, they’re well on their way to cementing their national reputation with the soon coming release of their second EP, Phases. Set to drop April 27, it’s a collection of six songs that showcase the best of what the band has to offer.

One of the first things that stand out about the Mojave Nomads is lead singer Tyler Harris’s unique voice. His voice has a quality that is unmistakably his own, and he’s also got an impressively high range.

Harris establishes the forefront of the band’s interesting sound, but a closer listen reveals more intricacies in synth lines, guitar solos, and more. The Mojave Nomads have created a sound that’s iconically theirs, and Phases proves that they’ve got a strong grasp on it.

The EP opens with “G I R L,” a song with a groove that’s immediately fueled by its synth riffs. It’s got a catchy chorus to boot, and it serves as a fun introduction to the world of the Mojave Nomads.

The standout of the record is “Creature Double Feature,” which also serves as the leading single off Phases. With a heavy synth foundation, liberal use of falsetto, and a psychedelic guitar solo, the song was clearly influenced by the ’70s. It’s a style that fits the band well, and they run with it throughout the song.

Another highlight of the record is its closer, “Heavy.” The track gives you a hint at the Mojave Nomads’ more mellow side, with a deeper but ever-present groove. Harris’s voice ranges the spectrum, from quieter moments to howling and back again, demonstrating his talent and control.

From the background vocals to synth lines and guitar riffs, the song has such a high degree of intricacy that there’s something new upon each and every listen.

The Mojave Nomads are a talented group, and in Phases, it’s clear they’ve come a long way from their early days of jamming at local shows. They’re confident, with a well-developed and interesting sound that’s sure to carry them far in the indie rock scene. 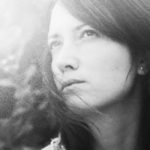 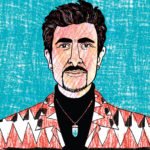