Making Art, Together: My Experiences with Songwriting and Community 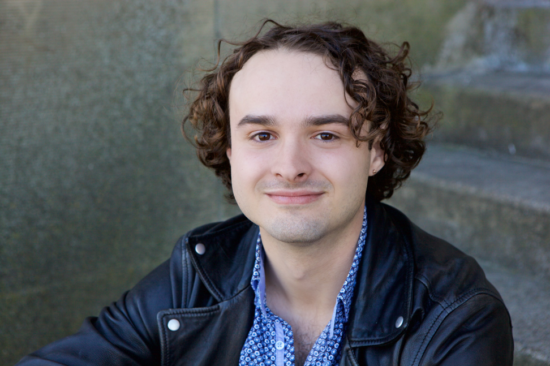 I am not the kind of songwriter who tries to do everything alone. I get my inspiration from making connections and collaborating with other artists. Growing up, I had a number of experiences that shaped me into the community-minded artist that I am today.

John Gage is a beloved singer/songwriter in my hometown of Louisville, Kentucky. A champion of community, John mentors and collaborates with other musicians, and runs a live music and storytelling radio program called Kentucky Homefront.

When I was 16, one of my songs won third place in the Kentucky State Fair’s young adult songwriting competition, and I was invited to perform. My father, Jeff, a pianist and arts administrator with connections around the state of Kentucky, reached out to John Gage and asked him if he would be interested in giving me some performance tips. John invited me to his house and spent an hour listening to my music and offering advice. He taught me how to properly sing into a microphone, and he cautioned me to always come with backup equipment, just in case something failed. My father took a blurry photo of the session, John strumming along as I played through a song. 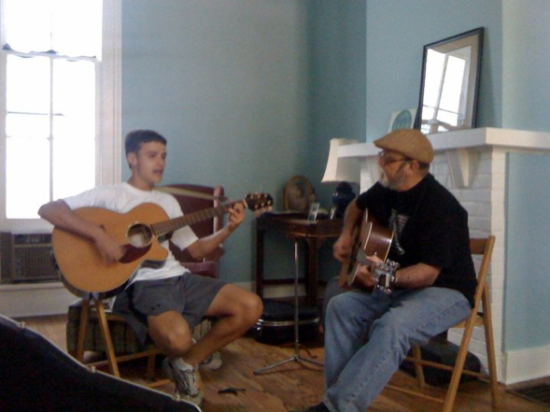 Over the years, I have gone to John numerous times for songwriting and performing advice. At a certain point, he started sharing his own songs-in-progress with me and asking for my thoughts. We would spend hours together talking about songwriting and life. In 2018, he invited me to perform on his radio program, Kentucky Homefront. In the spirit of community, I thought it was only fitting to recruit some of my mentors to join me for the performance, including my mother, who played flute. In different ways, each of the musicians helped me grow into the artist that I am today. Sharing the stage with them was my way of saying, “Thank you.”

When I was sixteen, I was accepted into Kentucky Governor’s School for the Arts for Creative Writing. Kentucky GSA is a three-week summer program for rising 11th and 12th graders in a variety of arts related disciplines. Funded by the state government and generous donations, the program is free to attend.

Under the guidance of Kelly Norman Ellis, Ellen Hagan, Mitchell L.H. Douglas, and Danni Quintos, I spent 7-10 hours every day writing poetry, fiction, and creative nonfiction.  I also had opportunities to interact with the other arts disciplines by attending performances and workshops.

Near the end of the program, we teamed up with the Visual Arts students, who used our poems as inspiration for chapbook covers and illustrations. Before this experience, I never thought about how my own art could inspire another artist. I knew I wanted to create more opportunities like this.

My experience at Kentucky GSA shaped the way that I am releasing my new EP, Holding Stones. I found five different video artists and commissioned each of them to create a video for one of my songs. Instead of telling them what to do, I asked them to use my music as inspiration for their video, so that our works of art could be in conversation with each other. Beyond that, I gave them total creative liberty. It has been a greatly rewarding process so far. The video artists have become deeply invested in their work and created stunning films and animations. The first video, “Eventually”, an animation created by Jesse Israel, was released on September 14 and you can watch it on YouTube.

The other videos – created by Marica Petrey, Sair Goetz, Jared Swanson, and Andy Strong – will be released over the next few months, and will be linked on my website.

Building Community Wherever I Go

Surviving four Northeast Ohio winters taught me a lot about the importance of building community. In 2013, I went to Oberlin College for creative writing and started looking for songwriting and performing opportunities. Despite the fact that Oberlin had a renowned conservatory and many students who enjoyed writing songs, there were not many resources for songwriters, and there was no sense of songwriting community. Feeling unfulfilled, I started driving to Cleveland for open mics.

At my first open mic, I met singer/songwriter Michelle Gaw, and we immediately hit it off. Not only does Michelle make fantastic music with her band, Mimi Arden; she also cares deeply about building community. She hosts and promotes a lot of shows, and she is constantly connecting people to each other. Without Michelle, the Cleveland music scene would be a lot less vibrant.

Inspired by Michelle, I decided to improve things back at Oberlin. Along with Kristin McFadden, a classmate and kindred spirit, I founded Oberlin Songwriters. Together we hosted workshops and showcases and invited guest speakers. Though Kristin and I graduated in 2017, the organization lives on at Oberlin.

These days Kristin is in London, making quirky indie rock music with her band Prima Queen, and I am in Berkeley, California, performing my music and finding community. I am grateful for the connections I have made through Balanced Breakfast, a music industry meetup founded in San Francisco, and I hope to find ways to give back.

Rob Jamner is an indie rock storyteller and poet. He thrives on ambiguity, playing with expectations in his music. Some moments are catchy and cathartic, others are surprising and sophisticated, and they all come together to make a singular, distinctive sound. Passionate about building community, Rob frequently collaborates with other artists to bring his songs to life

Keep up with Rob Jamner at: Sleep Eater Stays 'Off the Beaten Path' With Brand New... Previous
Mondo.NYC 2018 - The Music Industry Is Emerging Next 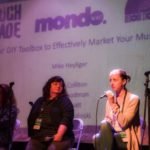