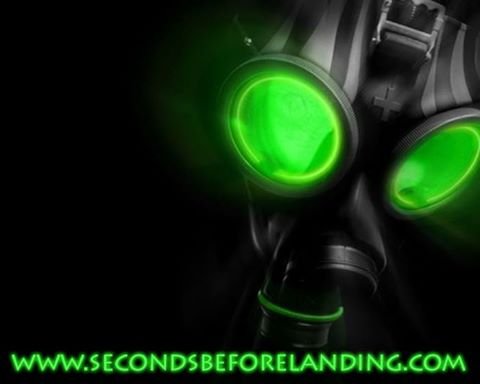 The new album by Seconds Before Landing, Trio Volume 1 seems to be the first entry in a potential music release series and shows off the band’s continued growth since the project first caught fire in 2010. Crispino and his collaborators have managed four releases since their first album came out in 2012 and each new effort has improved and expanded on its predecessors. Progressive rock doesn’t carry the same sort of commercial traction it once did, but Seconds Before Landing thankfully never got the memo. Instead, they weave an all-encompassing musical experience for listeners that is every bit as immersive as any full-length effort.

“Maybe I’m Weirdo”, in some ways, is a relatively improbable beginning for a work labeled “progressive”. The quirky humor of this piece has even a hint of pathos and John Crispino’s vocal doesn’t feature much straight singing, appropriate for the song’s “character”, and meshes well with the arrangement despite possessing a distinctly “non-musical” sound. It’s a predominantly synthesizer driven piece, but there’s plenty of other instrumental color in the cut coming from Jamie Peck’s piano work and Vanessa Campagna’s backing vocals. The mastering from longtime Pink Floyd production collaborator Andy Jackson is a big reason why these songs sound as good as they do and add much to the band’s already stellar “progressive” pedigree.

The EP’s second track “1-9-2” isn’t quite as clear, regarding subject matter, but the writing leaves the song wide open for listeners to arrive at their own conclusions. Crispino’s vocal far outstrips the musicality of his voice in the opener, but there’s still quite a bit of the same dramatic effect in his voice that sets the opener apart from typical fare in this vein. Jamie Peck’s piano playing reappears in this song, but it has a compositional slant just like in the first song and helps further fill out the band’s impressive sound. Creating a potent atmosphere is clearly an aim for Seconds Before Landing’s Trio Volume 1 and “1-9-2” is, arguably, the best example of the band realizing that goal.

“You Won’t Deny Me” is Trio Volume 1’s closer and, despite not being the longest track, clearly seems positioned as the EP’s centerpiece. Eric Maldonado’s lead guitar is more orchestral than virtuosic, but he adds a tremendous amount of color to the performance and second guitarist Rick Witkowski capably works with him to enhance the song. There’s some unexpected touches of 12 string guitar, as well, in the song from another band member Steve Schuffert and it’s a notable change of pace from his assertive lead guitar on the EP’s second track. It’s a character study, of sorts, like the lyric writing for the EP opener, but the subject is rooted in tragedy depicting the first person point of view of a school shooter. The overall writing shapes this subject matter in a particularly dramatic way and carries a whiff of darkness appropriate for the track. 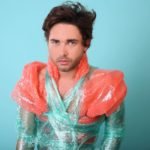 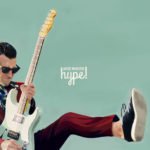 Ontologics Are ‘Heading To The Outer Realm’