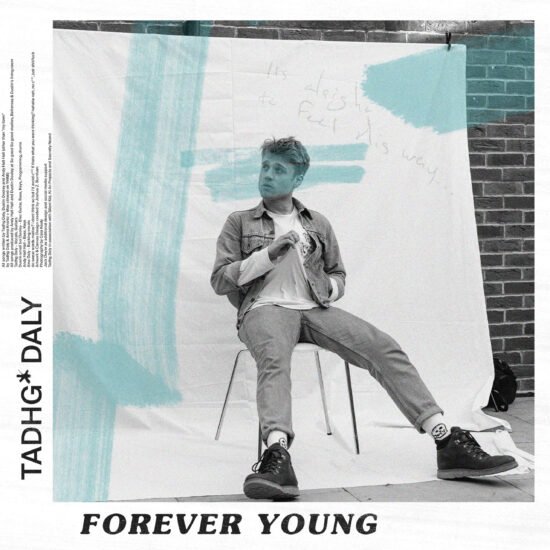 Even from an early age, music has been an integral part of Tadhg Daly‘s life. From being a common trait within his family, to helping him through difficult times. It has helped to shape him into who he is today. This adds a personal element to each of his songs that is compelling to the listener. Now he is ready to share another chapter of his musical journey with his five-track EP Forever Young. He says it tells his own “unique tale of overcoming adversity and battling personal demons, all of which have led him towards a career in music as he looks to present himself in a raw and more intimate guise.”

He sets the mood for the EP’s title track, “Forever Young.” His delicate guitar starts things off before Daly’s vocals come in to mirror the mood. His tale begins with the lines, “Nowhere to go / But you feel good / So much you don’t know / But it feels good.” The tempo builds up as the first chorus arrives. With it, he adds additional layers of subtle beats and electronic elements. It adds more depth to the soundtrack and its emotional tone.

Daly comes out strong with the opening track. He continues the momentum into “Still Not Made It” and “Your Heart’s Not In It”. Both feature qualities that make his music so infectious. The first is how he creates sing-along hooks as highlighted during “Still Not Made It”, with “I made it out but, I’ve still now made it / 27 and, I can’t turn back home now / Should I give it up? / Am I good enough?” The other is how his voice delivers so much emotion as shown during the lines “Rip it off, rip it off now /Just make it quick /When you call when you call me / we don’t have to drag it out” on “Your Heart’s Not In It.”

Watch the video for “Come On Over” from Forever Young below

So far, Daly has delivered some great examples of his musical talents. However, the closing two tracks highlight the quality of his songwriting. “Come On Over” strips things back as it focuses on his voice and his guitar. It tells a heartfelt tale which he says, “it’s about watching someone move on with their lives whilst you’re stuck in a rut, all the while understanding they need to move on, but wanting to be there.”

He sets the scene during the opening verse with, “You know you’re better off without me / and that’s not something I can fix / So pour a drink for the memories / And the nights we’re gonna miss.” The delivery of these lines and those that follow have an honesty to them. It makes them feel personal. A quality that stands out further during the chorus. You can feel the heartache as he says, “I know it’s cold outside / 3 am Sunday night / But come on over / Come back down.” From beginning to end, it highlights how good of a storyteller he is.

Tadhg Daly creates something special with his EP Forever Young. It highlights the power of being honest when writing music.

These elements excel again during the final track, “My Town”. He paints the scene with the lines, “The girl behind the bar still knows my name / That lost look in her eyes says nothing’s changed / And the photos on the wall, still haven’t changed at all / I feel like a stranger, cause it’s all the same here.” Again, his delivery adds more of his personal lyrical qualities that make his music something special.

The stripped-back vibe and the use of the piano add more emotion to his soundtrack. It adds so much to the hook, “It’s my town / Where I’m from / But, I feel like I don’t belong / On these old / One-way roads / That only let me walk alone / A part of me will never leave.” As the song comes to a close, it leaves you wanting more. It is due to the quality of his songwriting and his heartfelt vocals. It is a stunning release and Forever Young that deserves your listening time. 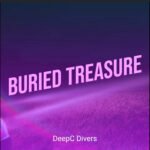