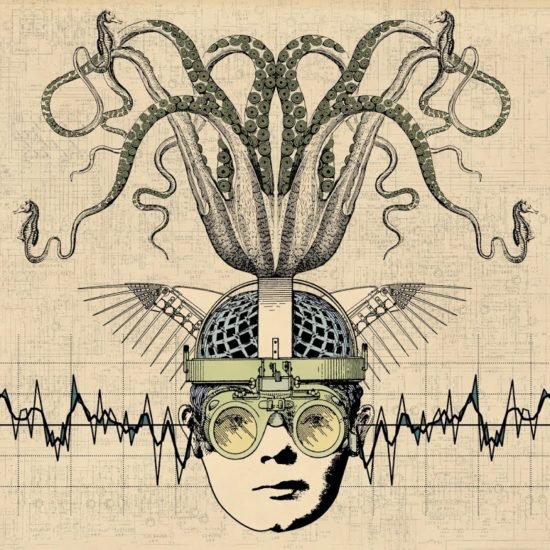 It’s very rare to find an album these days with the ability to leave someone speechless. Yet, Stranger Heads Prevail by Thank You Scientist is one of those distinctive finds. With their recently released sophomore album, the New Jersey progressive rock collective takes listeners on a wild musical journey. It’s a solid testament to the group’s policy of saying “fuck you” to definitions and playing whatever feels right for them.

One notable track is “The Somnambulist.” It opens with a sonic barrage of driving guitar riffs and blaring trumpet screeches. Quickly accompanying them are thunderous drumbeats and surging bass riffs. Emphatic vocals then contribute ruminative undertones to this song. As the song continues, saxophone melodies from Jasenovic move with the same enthusiastic spirit as the guitar and trumpet riffs. Violin and piano chords dominate its broodier sections. All the while, there are astonishing harmonies between these diverse layers of sound. They persist throughout this song all the way to its rousing finish.

Another prominent track is the cleverly titled “A Wolf in Cheap Clothing.” It begins with a brief, pensive interlude of brass and saxophone lines. After this, pounding drumbeats, resonant bass riffs, xylophone chimes, and violin flourishes create a serene mood. Past the 1:40 mark, jagged, dynamic guitar riffs from Monda and emotive vocals from Marrano fill this song with a fresh liveliness. It remains the main feature of this song as the other instruments proceed with more energy and vigor. Meanwhile, lyrics like “You let your black flag burn always and endless now” and “You may be alone but I still feel your form” convey a message of optimism and perseverance against a tide of darkening forces.

The next track “Blue Automatic” is equally invigorating. Rolling bass riffs from McCory and ringing drums and cymbals courtesy of Alvarez carry the song forward with steady momentum. Brisk, buzzing guitar riffs dance over them along with brassy trumpet and saxophone riffs. Each layer of instrumentation is loaded with vivacious grooves. Adding to this spirited tone are soulful, robust vocals. At the 2:56 mark, Monda unleashes a piercing guitar solo. Later, after 4:56, the song dives into a brief breakdown and follows with a strong crescendo. It then erupts with a final burst of exhilarating noise before fading away.

Lastly, “Rube Goldberg Variations” proves to be one of the most variable tracks on the album. Initially, violin and cello flourishes glide across smooth saxophone lines and dulcet acoustic guitar riffs with temperate drumbeats underneath them. Past 2:15, it’s taken over by a vibrant trumpet solo from Digrius.

After this comes a stirring saxophone solo then a drum solo. At the same time, whooshing synths, keyboard chords, and rollicking bass riffs are thrown into the mix. Past the 5:00 mark, Latin-style percussion joins the background against a violin solo and then a bass solo. Afterward, a lively electric guitar solo soon develops as the song shifts into a funky, ‘70s-style interlude at 6:12. The knob gets turned even higher when a choir belts out sonorous vocals right before the song ends.

Thus, with their new album Stranger Heads Prevail, Thank You Scientist presents a unique, eclectic sound that stands as an enthralling musical oddity. 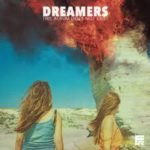 DREAMERS Newest is Indeed a Dream, with a Dose of Reality Previous
Negative Gemini Positively Politicizes on Sophomore Album Next 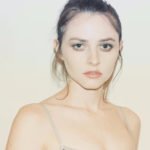