The Black Lemons – Interview With Indie Rockers From Nashville 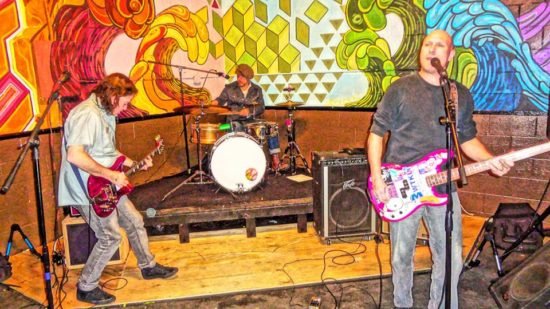 We recently had the chance to sit down with a group of rising stars from the southern capital of music in Nashville.  The band The Black Lemons play a classic indie rock style that brings back great memories of a simpler time of FM radio.  They let us get inside their heads a little and let us know where they are headed.  Enjoy the interview here:

So what is the story with The Black Lemons name?

It’s a classic origin story. Simply put, we argued about the name for so long, that when ‘The Black Lemons’, was suggested, we all seized on it just to get out of the mess we were in.

We had no idea, but it turns out that a black lemon is a middle eastern spice.

Your sound harks back to an earlier time. How would you describe your sound and who influenced it?

Eclectic, late ’70s early ’80 influenced, indie pop. David Bowie has been a very big influence, but there are plenty of others; The Beatles, ELO, Steely Dan, The Pixies, Big Star, XTC, the list goes on and on. The top 40 in the ’70s had tremendous amount of variety, and that sort of freedom to explore is an important part of what we’re about.

Nashville is such a hotbed for music right now. How has the local scene taken to Black Lemons music?

It’s going great! As you would expect, people in Nashville are huge music fans. One of the most gratifying things about playing for such a musically educated audience is that when they talk to us about the influences they hear in our music, two people will rarely mention the same bands. They get a deeper read on the music and conjure up artists that I sometimes didn’t even realize were influencing us until someone mentioned them. Big Star is one of them. Someone mentioned that they heard Big Star in our sound, and a firecracker went off in my head, and I thought, “Wow, she’s absolutely right! I love that!”

Your newest single and music video “You’re Never Gonna Have Enough Money” seems to be making a statement. Tell us about it.

This song is a good example of how I write. I’m always trying to make a statement about something, and if we get the music right, then whatever I might be trying to say, becomes palatable. Nobody wants to be preached at. But, everybody likes to listen to music.

“You’re Never Gonna Have Enough Money”, tries to get across the idea that having more money, won’t make the fear of not having enough money, go away. I especially like the slippery quality of the music. That’s how money fear feels to me. It can seem entirely rational, and before you know it, you’ve taken it too far. Then the fear of scarcity becomes a much bigger problem than the actual need.

What is next for The Black Lemons?

We’re planning a residency here in East Nashville, which I’m very excited about. I’m hoping to get a lot of the indie pop community to get involved, playing on the bills, but hopefully playing some tunes with us as well.

We’re working hard on raising our profile locally because that’s the sort of thing that gets opportunities to come out of the woodwork.

We’re also in the idea stages of our next video, as well. It will be a bigger undertaking than the ‘Money” video, and I look forward to working with other videographers and artists of all types, on it. We’ve come up with some really cool concepts, that I’m very excited about!
Find out more and hear some Black Lemon’s music at: http://www.theblacklemons.com/ 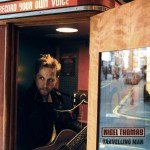 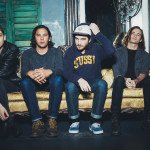