Fifteen years ago, my sister took a summer vacation to somewhere simultaneously foreign and familiar: Alaska. She described the unique environment and climate that was so different from our hometown in Florida. She described how the summer days were long and never-ending. There was something welcome about the constant light, but also something a bit strange. Alaskan winters sharply contrasted their summers full of cold and darkness. Although sharp and biting, something beautiful could be found in them as well.

Like its namesake, Alaskalaska are welcome, strange, warm, cold, biting, and beautiful all at the same time.

The London based six-piece produce self-proclaimed “art-pop” that blends jazz, disco, funk and R&B. As their ’90s-esque album cover art suggests, there is also something groovy about their sound. Their self-titled EP is comprised of four songs: “Bitter Winter”, “Familiar Ways”, “Patience”, and “This”. With “Patience” we are given a video that features a watermelon and East London; we are given a song that features elements of the Tsonga/Shangaan disco movement (a dance movement and musical style rising from a reboot of local folk traditions in South Africa, Tsonga Disco, and Kwaito House—an Afro-futurist strain of electronic dance music).

“Bitter Winter” is moody enough for a rainy, foggy day, suitable to the biting cold and resulting angst. “Familiar Ways” gives a lighter impression suited for a warmer, hazy afternoon. “This” has a similarly light sound which pleasantly floats around you.

It makes sense that the complexities of Alaskalaska’s songs would suit a live performance evidenced by the band’s slowly increasing cult following and reputation as stellar live performers.

They have played a handful of shows in the UK and were recently on tour throughout the UK and Europe supporting Alvvays. You can check out the rest of Alaskalaska’s debut EP here as well as their Facebook, Instagram, and Twitter. 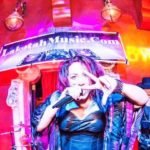 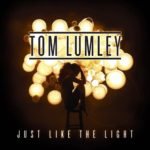