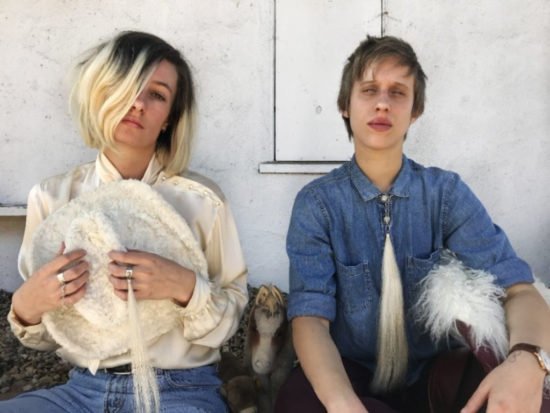 ANMLPLNET is releasing their debut LP Fall Asleep on April 20. The duo is composed of none other than Sothrust’s Leah Wellbaum and drummer Mickey Vershbow. Supposedly they created this album across the country from each other!

The album is a six-track psychedelic rock dreamscape with clever lyrics and beautiful melodies that are contrasted with crunchy, improvisational instrumental breaks. There is something incredibly personal about it, like you are peeking into someone’s memories, distorted by time.

The first single release was with the song “I Was Fucked By A Cloud.” Despite the name, it’s a really solemn narrative with dreamy vocals and reverb. The guitar playing is really what provides the emotion where the singing is somewhat monotone. The composition of the melody evokes feelings of falling, only peacefully.

Some seemingly improvisational breaks in the song are a nice bonus and the band shows off their creative and technical skill.

ANMLPLNET Is A Band That Uses Duality To Create Music

There is something so surreal about Fall Asleep. ANMLPLNET have created a set of songs that are equally curious and connected to each other, yet exist fully on their own. The song “Elephants Aren’t So Big” is one of the standouts.

It begins as a lovely, melodically sweet acoustic serenade and a couple minutes in, you are confronted with an arresting guitar feedback sound, a hint of what is to happen later in the song. Another instance of surprising contrasts is “All The Butterflies,” a piece that also begins peacefully, then jumps headlong into an upbeat and catchy number. It then recedes back to its slower pace at then end. The band does an excellent job messing with expectation and making musical illusion.

This album is hard to put into a box. Fall Asleep is not what it appears and only gets more wonderfully complex the more you listen to it. It is beautiful, wild, transcendent, and composed very well. ANMLPLNET is one to keep an eye out for. 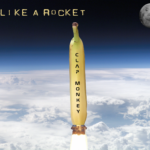 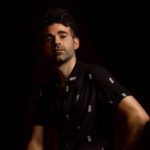