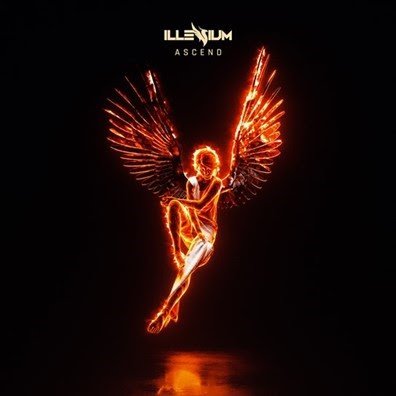 During his period of coaching lacrosse and delivering food, the young Nicholas Miller suffered a heroin overdose. Supposedly, this epiphany led to his strict concentration on his music, enhancing his skill to craft the image he represents today. Miller, known by his musical pseudonym, is witnessing over seventeen million monthly Spotify listeners.

Illenium is a powerhouse figure within the EDM genre, with multiple awards under his belt. Illenium released his third studio album titled Ascend just recently. As of now, Ascend is sitting at the top five charting albums on iTunes, top five Electronic albums, and number one for the Top Dance albums charts. Packed with seventeen tracks, the album is compact with different hues that Illenium shades to make next transcendence into the EDM field.

The tracks here are EDM lullabies shaded by the colors of Pop. Ascend is aurally polished, as every track sparks with bombastic flares and emotional transitions. Such as the tracks “Broken Ones (with Anna Clendening)” and “That’s Why (with GOLDN)”, one of Illenium’s strength comes in his build-up.

In the track “Broken Ones,” Clendening’s vocals crenelate along with the sprouting beat, filled with swaying chords and peddling drums pattern. After the first minute, the beat switches to discord Clendening’s vocals, slicing her voice in accordance with the explosive drums. In the track “Pray (with Kameron Alexander),” the track starts out with soft guitar strings that confine to Alexander’s vocals. For around the first two minutes, Alexander’s vocals amplify along with the build-up, and as the instrumental explodes at 1:50 minutes in, Alexander disappears. What makes up the next minute is a cosmic array of pouncing drums and chords that soar around its own sonic spectrum.

With these theatrical showcases being Illenium’s strength in this album, Ascend’s slower tracks are the lull of the project. “Every Piece Of Me (with Echos)” is slow and somewhat shallow, with Echos’ harmonic vocals being the only highlight of the track. The same opinion can be held for the track “Sad Songs (& Said The Sky with Annika Wells).”

Regardless of these few low points of the album, Ascend is a theatrical and lively display of Illenium’s savant talents. Ascend is worth a listen for typical EDM listeners and those who are approaching the field with caution and curiosity. From a delivery boy to one of EDM’s most iconic musical characters, Illenium can only transcend from here. 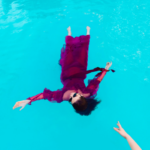 You "Won't Be You" After This Jillian Francis PREMIERE Previous
IBG Premiere - The Wilderness Music Video For "Fall... Next 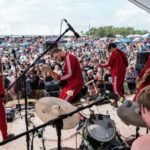