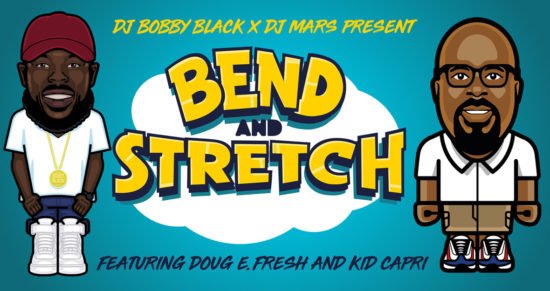 As of now, the Summer is nearly creeping over the seasonal tide of rain and unexpected wind chills. Americans now idly lie down in the green-lush grass and sweat when they rush to their morning jobs. The start of June calls for seasonal tracks that are energetic and perfect for barbecue cook-outs.

The production includes DJ Mars‘ golden-age era inspiration when it comes to the sound bits and cutting style he executes with. It includes trumpet-based samples, patterned clapping, and a few instances found that involved Pete Rock and InI’s classic ‘Step-up’ single. The lyrical lead led by Bobby Black, Doug E. Fresh, and Kid Capri resembles the late 1980s style of fast-paced, zany, twisted tongue lyrical bars piling upon one another. The consistent reference to Harlem and New York accentuates reiteration of the golden period of Hip-Hop music.

Bobby Black and DJ Mars yearn for the days of the MPC 3000s used behind the boisterous rappers, baby pacifiers and large, white Adidas sneakers. Not to say that they piously emulate the rough, vinyl sound of those days either. The sounds have some production value behind it, with the sound being clean and amplified. Every sample and sound bit is as clear as the vocals itself.

The single is a dedication to Harlem. Every word pronounces is pure love for the city, as every bar is a reference to the culture. The block which procures life into Harlem itself. Life with beautiful women walking alongside young men with ornamented and polished sneakers, surrounded by the aroma of restaurants and the muggy warmth of the sunshine.

For this crew, Harlem is the vessel which gives them their creative strength. The lyrics aren’t as poignant as the gritty or somber poems of Queens, but it’s a celebration within itself. The production booms and explodes with careless joy, as the rappers themselves conjure so much expression in the little that they say.

No matter the amount of attention they get in their music or what listeners may say, they seem to be having fun regardless, and that’s all that counts. 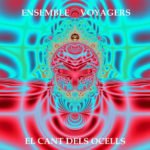 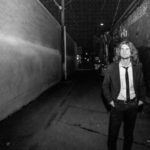