At Indie Band Guru we are always searching for something different. It does not always have to be groundbreaking but it must be unique for us to take notice. Chris Gauger has found the perfect recipe with his music. He is also one of the most determined and hardest working musicians out there.

We had a chance chat with Chris Gauger and get into the mind of a true independant artist. Enjoy the interview here:

What first drew you into the independent music world as an entertainer?

I was first drawn to music when I went to my first concert ever; Rush on their 30th Anniversary Tour in Nashville, Tennessee. Really weird for a pop artist, haha! But I started out as a rock/heavy metal guy way before I was into pop, and listening to Rush with my family and going to their concert was definitely the defining moment that showed me this is what I want to do forever.

How would you describe the unique Chris Gauger sound?

“Unique” is definitely the right word… my aforementioned rock and heavy metal influences I just talked about can definitely be heard in my music and my guitar playing; all the guitars you hear in my songs are played by me, and I think they really give me the ability to make some music that’s just not out there with most other artists today. It’s definitely pop music, but there’s a different level to it there; there’s some hard rock influence and more of an organic, raw feel to it than most pop music has these days, so it’s kind of it’s own unique little rock/EDM kind of pop music.

Who would you say are your biggest influences?

Rush is definitely my biggest influence of all time! I grew up in a family of huge Rush fans, so i’ve seen them 8 times in about 4 different states, and they’ve always been the reason I was ever interested in music to begin with. But through the years I also began liking heavier music, like Bullet For My Valentine, Disturbed, Sevendust, that sort of thing. These days, i’m mostly influenced by all the mainstream pop music on the radio though. Basically everything you hear on top-40 radio that sounds similar to what i’m doing.

What is your songwriting process? Take us through how a song comes to be?

It’s honestly different from song to song, and I think that most seasoned songwriters will tell you that too. It’s really crazy, honestly… one song can come together so effortlessly and in just a matter of minutes, and another can come to you in stages, like one piece at a time, over the course of a month or two, or a year even. Usually I get hit with some spark of inspiration regarding an interesting phrase or figure of speech, and then I’ll just decide that I would really like to write a song that explores and exploits that figure of speech or that idiom a little bit more, until it becomes something catchy. But then again, sometimes I’ll just start with what I think is a really catchy melody and THEN put the words to it. It just depends on what that first little spark of inspiration is!

Tell us about your newest single ‘Secret Serenade?’

“Secret Serenade” is really my favorite song that I’ve ever written before. It actually started out completely different than the version that you hear today; it was in a major key with a faster beat, more up-tempo and a little bit cheesier. After deciding to rework it a little bit with my producer though, it ended up taking on a whole new life, and now it’s the best thing I’ve ever done, at least in my opinion haha. I feel very fortunate to have written that song so early in my career and so early in my life.

As a songwriter, you’re always looking for the next great song that feels like it’s just hidden somewhere inside you, but I can still look back at the writing and the creation process of “Secret Serenade” and just absolutely fall in love with it, time and time again. I had a ton of fun recording the guitars on the song, and got the whole solo knocked out in just a few takes, maybe 15 minutes or so at best. The music, the words, everything about the song just describes me and everything that I want to be known for with my music.

What is next for Chris Gauger?

Big things are in the works right now! Working on trying to land some opening spots on some big tours, doing a whole lot of networking… I’ve got a whole pile of songs sitting over here right now just waiting to be worked on by yours truly, and two different producers of mine have a song each that they are currently tweaking for me. I just put a couple more new songs on Soundcloud and have been going around updating my online presence a little bit, and I’ve been in contact with a couple entertainment attorneys and a song plugger that seems to want to try pitching my music to some larger markets right now. I’m really excited about all the things I have going on right now, and there is definitely plenty of activity to be excited about!

What advice would you give other artists pursuing their passion?

My advice to all my fellow artists out there is this; don’t be afraid to be a businessman/businesswoman with your craft, no matter how much it may suck at times. All of us musicians and singers out here just want to play music, and a lot of us fall into the trap of refusing to turn what we do in to a business. We feel like it’s “selling out.” But that’s just a big mistake that will hold you back 100% of the time. You need to be aware of everything going on in your field of play at all times, and the only way you can be successful as a musician in this industry is to treat yourself like a business, because the people who are going to help you be successful definitely are.

Wise words from a wise man. Chris Gauger is definitely one to keep your eyes and ears on. Keep up with him on his WEBSITE. 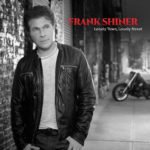 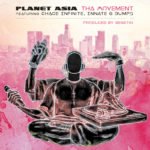