We often hear that once an artist gets a real taste of performing in front of a captivated audience there is no turning back. That connection is intoxicating. Even when life goes in a different connection, that desire to return to the stage in front of an audience remains. Our recent find Don Esco had his taste, then a break. But he is back at it with new album spanning Monday Through Sunday.

The American rapper, songwriter, and record executive originally known as Shemarr Lavell Taylor hails from Aurora, Illinois, but is currently based in San Diego, California. As a young boy the lure of music drew in the future Don Esco. The music of Nas was a major influence as he listened to his records on repeat.

The allure grew bigger as Don Esco progressed. In 2012 he became one of GreenLife Entertainment’s featured acts and had the opportunity to perform in front of huge crowds. This connection with the audience stoked a fire and the dream of a life in music took hold. In 2015 Don Esco took a break from his music to serve his country in the US Navy. The experiences he gained there acted as further influence and motivation for the start his company Lost Records Entertainment in 2018. He learned how to make connections and get his music played alongside some of the most popular songs of the day.

The most recent album by Don Esco is the strong Monday Through Sunday Quick Learning Universal Game. After the intro we get “Check (Show Me Some)” which was awarded Best Party Song Of The Year by Blue Rhymez Entertainment. The confidence of Don Esco comes through as he flows freely putting it all on the table for the listener. We get a smoother more R&B feel on “Monday Through Sunday” as a laid back groove sets the backdrop. The vocals still come strong in the verses while giving off a chill vibe for the hooks.

The high energy returns along with some guest vocals. The big beat pushes the track ahead as Don Esco and COCHI$E take turns on the mic complementing each other perfectly. Great collab. A special treat comes in the form of two bonus tracks that add to the flavor of the record. “No Love” lets Don spit his truths without remorse. He has reached success on his terms through hard work and dedication. Something he should be extremely proud of.

Keep up with Don Esco on his Website and social media: Celiane The Voice Opens Up Her 'Inner Universe' Previous
Gozer Goodspeed Takes You On His Journey About His Music... Next 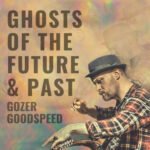 Jennifer King Is Ready For The World With ‘Go’

The Real J Israel Offers Up A ‘Glass Half Full’ Deige Releases A “Letter to My Past”