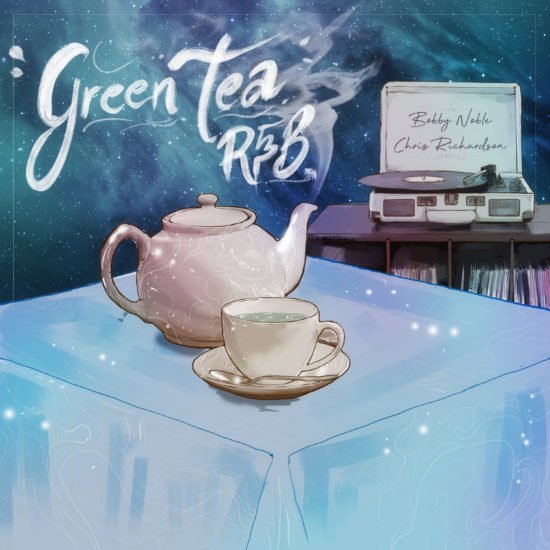 In the world of music, you never know when you will meet your musical soulmate. Keeping an open mind to creating music and collaborating with as many people as you can, will yield fantastic results. We recently were introduced to the collaboration of Bobby Noble and Chris Richardson and their dynamic new album Green Tea R&B.

Noble is a Singer-Songwriter from Texas who’s studied jazz and classical music and has made a living playing countless late night bar gigs. Richardson is a British Pianist/Producer who has leant his skills to a number of bands and recording projects. The pair met while working together on a cruise ship for 7 months. Their creative minds meshed extremely well and they continued to create music together for years not letting distance be a barrier to creation. The result became the full-length album Green Tea R&B.

The 8-track record is a sexy and hypnotic journey that combines R&B with heavy doses of Pop and Jazz. From the title track opener “Green Tea R&B”, the sultry tone will put any listener in the right state of mind with a lush soundscape of romantic sounds. On “Soundtrack of My Dreams” Noble truly highlights his sweet voice along with a backdrop of an assortment of instruments including horns to encapsulate the listener.

We go in a more R&B direction with the acapella intro to “Lost In You”. Again the duo experiments with different sounds and styles to craft something that is truly unique but somehow comforting and recognizable. There is more of a party feel to “McHenry Row” as the Jazz heavy track brings in horns and some elegant keys to paint a beautiful picture.

The closer “Mantra: Treat Me Better” shocks once again with some electric piano giving it a groove that puts a little sway in your step as the vocals hit all the right spots. This is an album that is perfect for that relaxing Sunday afternoon when you want something relaxing but different. Highly recommended.

We had the chance to chat with Bobby Noble to get a little deeper into how this project came together and where it goes from here. Enjoy the interview:

So how did you and Chris Richardson first meet up?

I was in the middle of a long cruise ship contract as an acoustic musical duo with my then fiancé Crystal (my recent wifey!).  A new band came on board and I was absolutely mesmerized by Chris’ playing on his first night.

What first drew you to make music together?

I made it my mission to get to know him after hearing him play.  I caught him at a few meals and talked his ear off endlessly about music and our mutual influences, which is funny because he’s rather quiet most of the time (compared to me…I kind of bounce off the walls, especially when I get excited about a new musician).  I begged the shipboard Powers That Be to schedule the three of us (Chris, my wife, and I) for some live sets so that I could get in on his jam. They acquiesced which led to a few rehearsals. We would just hang out playing with some standard musical forms, improvising a lot and getting a kick out of each other.  The sets were on fire, and later on I showed him some songs I’d been writing/producing. He took the tracks and a few days later he showed me one that had been entirely transformed for the better. I was blown away, I hadn’t really realized that he was so good in the box as well. I knew that I’d be begging/hiring/blackmailing him to collaborate for a long time!

Who has been some of your biggest influences for this collaboration?

Robert Glasper.  We both recognized a bit of Glasper’s influence in each other when we first met.  Production wise we also dig the way that many of his projects are modern feeling songs (almost pop!) with deeper than usual harmony and arranging, plus improvising/soloing instruments! I would say we’d probably both list Stevie Wonder as well.

How do you go about writing songs together? What is the songwriting process?

Generally one of us has started a demo track- the skeleton of an idea.  I usually write from an experience I’ve recently had, I think Chris sometimes does as well.  We get a ways into it, then send it to each other. The other than takes it- turns the arrangement on its head, record some vocals and/or instruments, and sends it back.  Wash and repeat for a few years!

And this led to a full-length joint album release for Green Tea R&B, tell us about the new record?

It’d modern and slick but still a bit of old school organic.  It invites in those who listen for every little note, every unexpected twist and turn and fun (sometimes nerdy) harmonic substitution, and those who just sort of passively jam to a vibe through a speaker.  It’s an attempt to combine what we love about modern R&B/pop music production with deeper musical skills and arranging from our live music studies and experiences. On a personal note, I think that it benefits from my desire to blend what can often feel like disparate parts of my musical skills.  I’m an acoustic guitar playing singer- songwriter who formally studied jazz and likes to improvise and sing in an R&B high Falsetto voice and dance like a maniac…. All of those parts of me were used in the creation of this project, and fusing those things with everything that makes Chris so unique and monstrous (in a groovy way) was so so cool.  And strange.

I’m enormously proud of it.  As my second released recording project, I think that it marks a number of milestones for me personally.

What do you hope the listener will take away from a Noble & Richardson song?

A blissful dream.  A perfect falling sensation, an opening of something inside- a release that invigorates the whole self.

Give us some advice for other musicians considering collaborating with others?

Give everything that your partner suggests a chance.  He/she has a vision that is occurring that you may not be able to see yet, and you need to trust that or else there’s no point to collaborating.  Do a bit of work to realize their idea (record it, mix it, whatever), and then if you still don’t dig it, don’t just shoot it down- do a bit more work and SHOW them your alternative.

What does the future hold for Bobby Noble and Chris Richardson?

My wife and I are putting out singles beginning in September, and of course we HAD to have Chris on it, so he’s all over the arranging, playing, and production!  This next one is really a bit of a trio album. I’m sure someday we’ll do “Green Tea R&B 2,” or “Black Coffee Funk” or whatever, at the moment all I know is that I will always try to include him on some part of my future productions- a bit of keys here, a bit of mastering there.  Oh yeah and he’s a best friend for life….obviously

Keep up with more from Bobby Noble HERE. 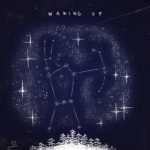 SAM BURCHFIELD IS 'WAKING UP' TO APPRECIATE THE GOOD... Previous
PATRICK GODDARD Shows Us His “Apparition” Next 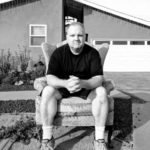